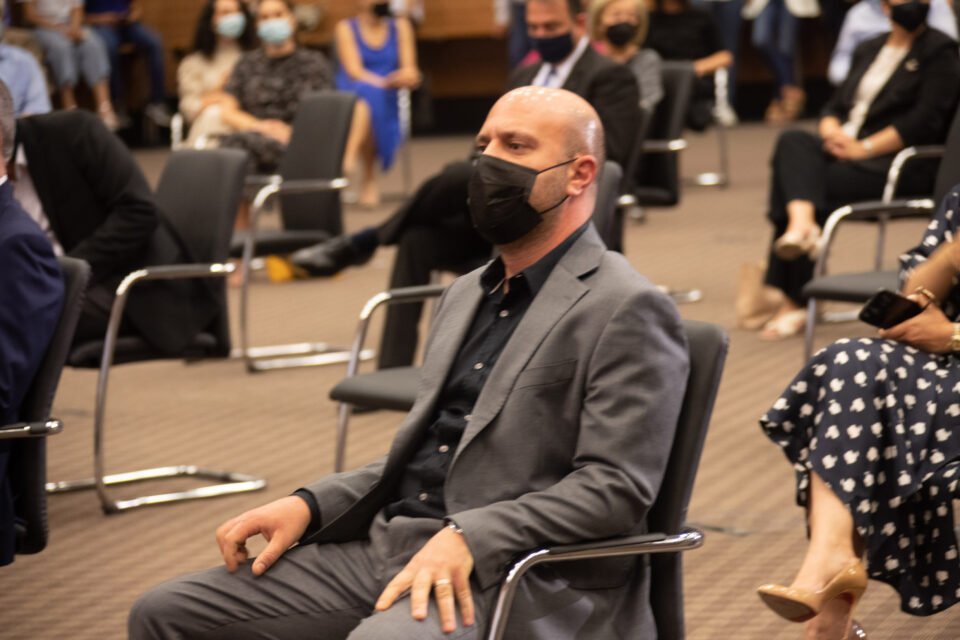 The House selection committee unanimously decided on Monday there was no legal reason justifying the exclusion of an MP from any parliamentary committee, after Edek chairman Marinos Sizopoulos refused to convene the defence committee in the presence of far-right Elam leader Christos Christou.

House president Annita Demetriou said the committee convened after Sizopoulos wrote to her and asked for Christou to be replaced listing several reasons, including security issues.

Demetriou said those claims have been conveyed to the attorney-general.

“There is no legal basis granting the selection committee the right to exclude an MP from any committee thus the issue is considered closed,” Demetriou said.

The House president added that the selection committee was not mandated to examine all claims.

She said the matter will be revisited if the claims prove to be true.

Sizopoulos has said that Elam is linked to Greece’s disbanded neo-Nazi party Golden Dawn whose leadership has been jailed for participation in a criminal organisation.

The Edek chairman said that while Christou had failed to do his military service claiming health reasons, he had served as the personal bodyguard of Golden Dawn leader Nikolaos Michaloliakos.

Sizopoulos also linked Christou to an individual suspected of controlling a protection racket.

Akel MP Giorgos Loukaides said his party had asked the attorney-general last October to investigate possible links between the two parties but so far there have not been any results.

“If the outcome links the Golden Dawn with Elam in Cyprus and criminal activities, then the legal instruments will be granted for further action,” Loukaides said.

Elam has sought to distance itself from the Golden Dawn since the convictions, but past statements and photos showed a clear connection between the two.

In fact, before using the name Elam, the party had tried to register as Golden Dawn Cyprus but was refused by the interior ministry.

Christou had also declared during a television news show that they were Cyprus’ Golden Dawn.

Elam said later on Tuesday that following the committee’s decision Christou would be present at meetings of the defence committee as of Thursday.