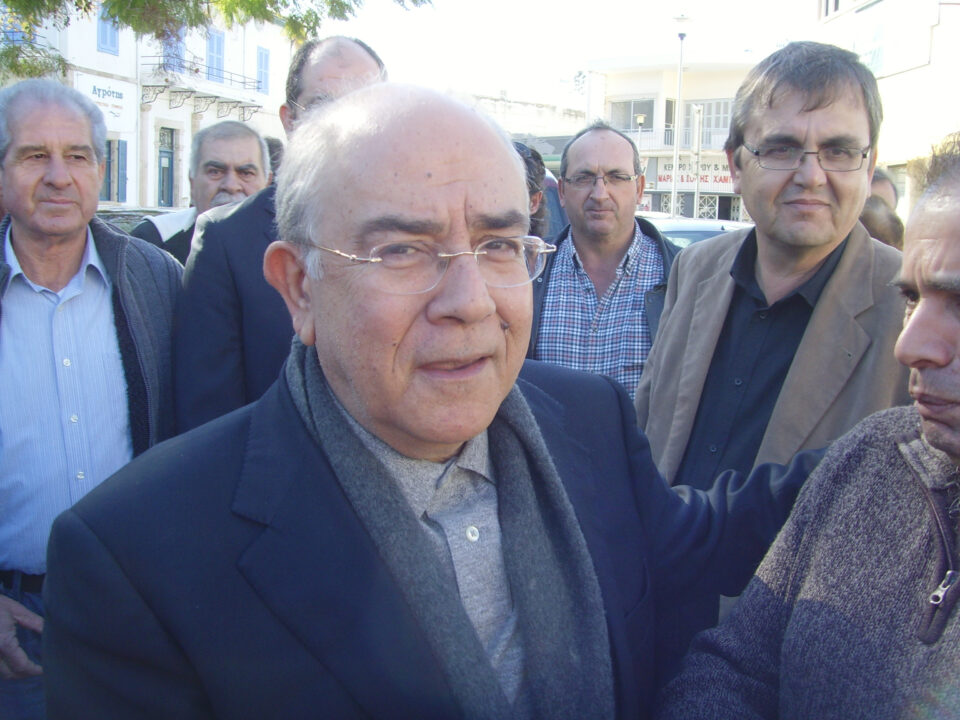 The knives are out at the socialist party Edek with Dr Marinos Sizopoulos’ leadership being questioned by a large number of members, including the party’s former leader Yiannakis Omirou who on Monday claimed his successor was a liar. Omirou also accused Sizopoulos of destroying the party’s credibility, turning it into an object of ridicule and leading it to “biggest crisis in its history.”

It is astonishing that these accusations were made by the usually restrained Omirou, who has avoided any criticism of his successor until now. It could be said that the former House president was merely defending himself after allegations of financial mismanagement of the party were directed at his leadership by Sizopoulos, who is currently facing similar allegations.

This is not, however, a personal feud because disapproval of Sizopoulos’ leadership was also expressed by a group of 607 former and current cadres, members and officials of the party calling themselves the ‘Initiative Group for the salvation and re-organisation of Edek.’ The group expressed its anguish and opposition to the “undemocratic procedures followed for the 14th electoral conference,” scheduled for the end of October. It also demanded a conference that was “lawful, democratic and trustworthy, in line with the history, principles and values of Edek.”

None of this reflects well on Sizopoulos’ leadership but the problems facing the party go deeper. Edek may call itself ‘socialist’ but its true identity is nationalist and in this respect it is no different from Diko, Elam and Solidarity. Like these parties, it is defined by its hard line on the Cyprus problem and its opposition to a federal settlement. On economic issues it is openly populist, like the rest of the parties of the so-called centre, while on foreign policy it champions closer relations with the Russian Federation.

For as long as it was under the leadership of the late Vassos Lyssarides it relied on his forceful personality to lure voters but since his departure it has been struggling for a political identity. It became social-democratic for a while but reverted to socialist a few years years later. It was nothing more than a change of label, underlining its lack of a political identity. Perhaps Sizopoulos had decided to turn Edek into a leader’s vehicle once again, unaware that he did not have Lyssarides’ qualities to pull this off.

Parties need to develop and adapt to the changes of society. Edek has failed spectacularly in this respect, not realising that a hard line on the Cyprus issue is no longer enough to make a party relevant and appealing to the new voters.

Everton hit back in style to beat Burnley

Turkey reported for failing to pay its debts to Cyprus