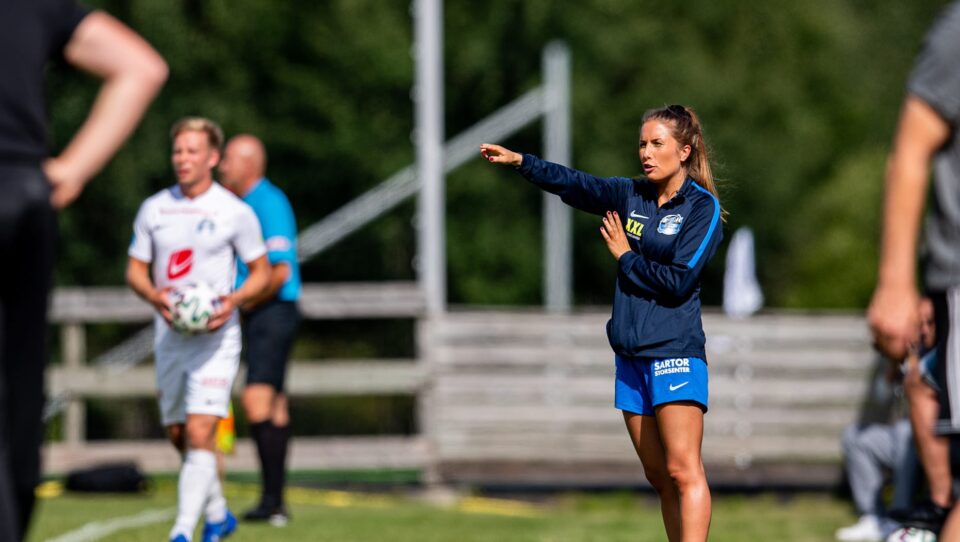 A first female head coach or manager in the English men’s professional game would help to “shatter a prejudice”, the chair of Women In Football has said.

League Two club Forest Green said they were preparing to shortlist a female candidate for their top job earlier this year, until it turned out her CV had been sent in without her or her agent’s knowledge.

The League Managers’ Association is one of a number of organisations and individuals who have made pledges in support of WIF’s #GetOnside campaign, and the network’s chair, Ebru Koksal, believes that first appointment would change perceptions.

“I think that would have a significant impact, because of the visibility of the role and having a role model there to aspire to,” she said.

“It would shatter a prejudice and a belief that there cannot be a female head coach for one of these clubs – why not?

“We have an incoming FA chair who is female (Debbie Hewitt), she has had an amazing career, and I really look forward to hopefully interacting with her. I believe she will make a great change to the industry as well. So why not a female head coach?”

Koksal said one factor which might delay that first appointment is the continued success of the women’s professional game in England.

The first weekend of the Barclays Women’s Super League season attracted 1.5million viewers watching the live games on Sky Sports and the BBC.

“A number of coaches will feel it’s worth staying with it, and riding that big wave as well,” Koksal said.

A WIF members survey last month found almost four in five (78 per cent) would like to see more gender diverse representation on boards at clubs and other bodies.

Koksal said figures from world governing body FIFA put female board representation at national association board and committee level at around 10 to 12 per cent globally.

“It’s actually about diversity of thought,” Koksal said when discussing the importance of striving for equality in the boardroom.

“Time and again, the experience is that if everybody is thinking alike because they’re part of an inner circle, there are so many blind spots. Having that diverse person on the board will allow for better debate and a higher quality of decision-making which will hopefully be in the interest of everybody in the organisation.

“For people with diverse characteristics, once you see a role model there at the decision-making table, then there is more of a desire and a push from the ranks to move up. It just helps to build a stronger pipeline.”

Koksal highlighted her own recent experience with the Professional Footballers’ Association, where she is now a non-executive director.

She said that after an approach from an executive search firm last year to be part of an independent advisory panel to oversee the recruitment of the union’s new chief executive, she took a look at the union’s website: “(There were) no senior women, no women on their boards.

“I asked who is the selection panel (to choose the advisory panel)? (It was) three white guys. So I asked, ‘do you want me only as filler, so you can say you had so many women on the long list or whatever?’

“It turned out they were extremely sincere and serious about it, and the PFA ended up recruiting two black guys, one white woman and a white guy.”

That panel then oversaw the appointment of the PFA’s first black chief executive, Maheta Molango.

“It’s just amazing how the determination from the top can then quickly within six to nine months transform the culture within the organisation, and that’s why we launched this #GetOnside campaign because it’s a call to action to make a life-changing, transformational pledge.”

The pledges cover a wide variety of areas, including mentoring for coaching and media roles and also some linked to participation.

The Football Association, for example, has pledged to invest in 1,000 England Football-accredited clubs to give regular, structured, competitive playing opportunities to girls from under-10 to under-16 level.