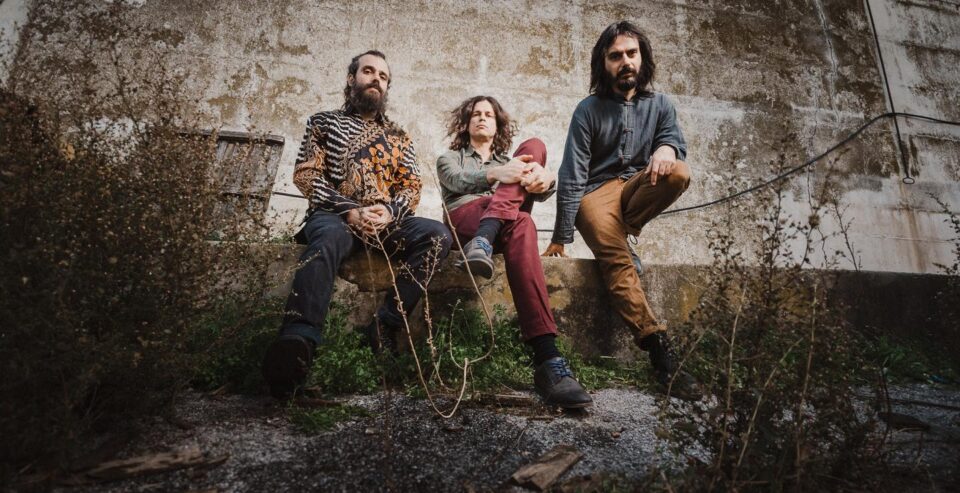 Popular Cypriot band Monsieur Doumani have released a new album and this autumn they are presenting it to islanders with four upcoming performances. First up is a participation in the Kypria International Festival where the three musicians will introduce their new songs to festival-goers.

First of the three concert evenings will take place in Tala, Paphos on Friday, then in Moutagiaka, Limassol on Saturday and finally in Deryneia on Sunday. All three evenings will start at 8.30pm with the sounds of Pissourin, a conceptual album comprised of nine original compositions with lyrics in the Cypriot dialect. Τhe album explores notions of the night through a philosophical and existentialist prism. Monsieur Doumani create a dreamlike surreal world with the use of a vast array of sound colours and psychedelic elements.

The Financial Times has described the new album as a celebration of “the madness of the night” and wrote that “the Cypriot trio Monsieur Doumani have reinvented themselves, with a new line-up and a new sound, denser, more processed, more complex…”

Currently celebrating the release of their fourth album in Sardinia, Italy, Monsieur Doumani are ready to take their music, bursting with Cypriot influences, to the corners of the world. After their performance at Kypria, another concert will follow at Skali Aglantzias on October 8.

Pep predicts Man City’s final hurt will drive them on