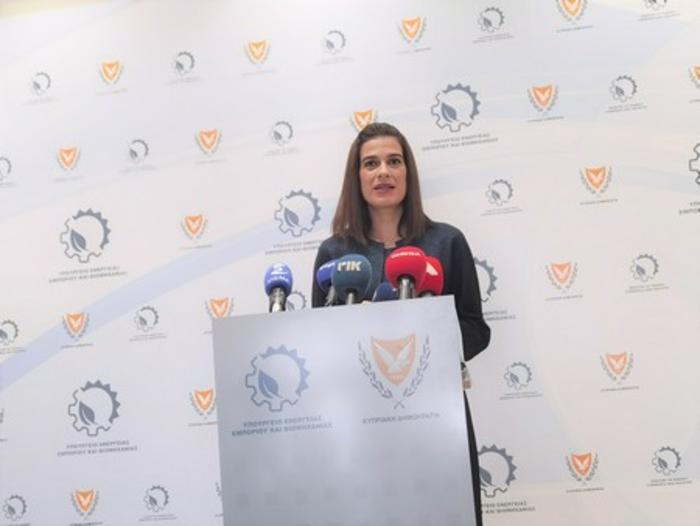 The government on Friday announced a 10 per cent discount on electricity bills for the next four months, as well as renewable energy schemes aimed at long term savings for businesses and households.

But the Electricity Authority warned that its financial capabilities were not inexhaustible and would submit recommendations to find medium and long-term solutions to reduce the cost of production.

“The government understands the pressure on businesses and households caused by the pandemic and has prepared proposals to mitigate the effects,” Pilides said.

She added that consumers will receive a 10 per cent reduction on November-December and January-February 2022 bills.

Speaking at a news conference, Pilides said the government will also be rolling out a series of measures to provide consumers with the means of reducing the cost of power permanently.

Among them is virtual net metering, addressed to consumers who cannot install PV on their roofs, as well as subsidies to vulnerable groups to either buy new or replace refrigerators and air conditioning units.

Vulnerable groups will also receive assistance to replace their lights with led lamps.

The ministry is also processing a RES scheme for farmers that will be announced early next year.

It will also be announcing subsidies for large commercial projects that will include power production and storage.

The minister said the EAC will be looking into buying emission rights early in the year when they are cheaper and selling any surplus later on.

In a written statement, the EAC said a vital services like electricity must be provided to consumers at the lowest price possible.

The EAC’s effort to tackle the upward trend is constant and it was within this framework that it was decided to cut the price by 10 per cent, which equals 800kWh.

The EAC had also cut prices by 10 per cent for six months last year.

It said it would soon submit recommendations to the energy ministry as part of a wider effort to find medium and long term solutions to reduce the cost of production to benefit consumers.

It did note however, that society’s “reasonable demands” for cheap power must be reconciled with the company’s financial capabilities, which are not inexhaustible, to safeguard its development programme.

The EAC’s development plans include large renewable energy projects, including construction of a photovoltaic park in Akrotiri, which will provide 12MW of clean energy in about two years.

The process to license two large photovoltaic parks in cooperation with the archbishopric in the Ahera area is also underway.

The two are expected to add 66MW.

A statement from opposition Akel said later Friday that the 10 per cent reduction would provide some relief to households and businesses in the coming months.

“This development confirms that when society reacts, it brings results and forces the government to respond,” the statement said.

“At the same time, it is clear that temporary relief measures are not enough. Society demands a drastic and permanent reduction in the price of electricity. The country needs an integrated strategy that focuses on energy security, reduced production costs for the benefit of the consumer and the protection of the environment.”