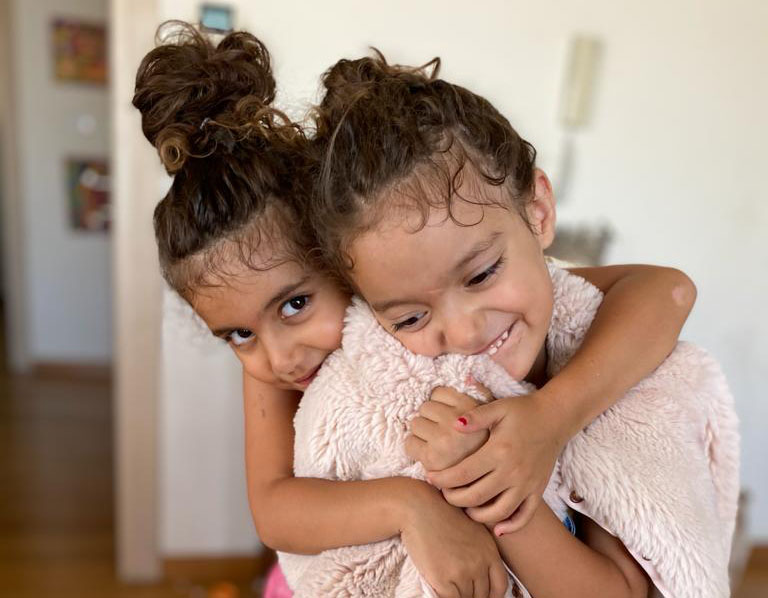 When my children were first born, I noticed that my daughter was a touch darker than my son. It didn’t bother me. What bothered me was that I’d noticed.

And then it bothered me that other people would probably notice too. And if they did, what impact would that have on her? And was I equipped to help my daughter should the issue of being mixed race ever come up?

I hadn’t really given such things much consideration up until then. Skin colour, religion, race had never bothered me or been something I’d particularly noticed. But I knew they bothered other people, and that is what concerned me.

My twins were born in London in 2016. The significance of this is that it was the year of the Brexit vote.

The Brexit campaign was quite simply vile with national identity, where you were from, your religion and the colour of your skin, back in the limelight again.

There had always been an undercurrent of racism and prejudice, but it wasn’t something I’d noticed before because up until 2010 I had never lived in the UK. I’d also grown up white because my mother was Irish and my father Greek. Moreover, whenever we holidayed in my mother’s native Northern Ireland my Greek roots were a novelty.

I guess you could say I was very privileged and very ignorant. Especially when I hear about some of the racist bullying my black and Asian friends endured growing up.

However, this time it didn’t matter that I was white. The fact that I was half Greek, did.

In 2017 I was accosted by a group of men and their girlfriends on a train to Manchester for speaking Greek to my then 13-month-old daughter.

I can only liken it to how I’d felt when I’d been bullied at primary school.

I remember feeling abjectly uncomfortable and wanting to walk away without making a scene but found myself rooted to the spot as my mind raced. I was conscious of the fact that I was holding my child, and I willed myself to relax and slow my heartrate down, so that she wouldn’t sense my anxiety.

I could feel Katerina looking at them and then looking at me, almost as if to take her cue from me to know how to respond. It was important to me that I didn’t alarm her.

At first, I didn’t even think that their lewd remarks were directed at me. It was only hours later, when I played the scene over in my mind, that I was able to make sense of what they’d said, and I felt sick.

My other European friends felt the same way and many of us started to feel uncomfortable talking to our children in anything other than English, particularly outside London.

As for my children they were half Pakistani, quarter Greek and quarter Irish. What would growing up in post-Brexit England be like? Was it somewhere I wanted to raise my children?

But then again, what about Cyprus? Skin colour mattered there too when I was growing up and even now I’ve had people tell me my son is better looking than my daughter simply because he is fairer, which renders me speechless.

I know that I can’t control what other people think, say or do. But it bothers me. That we can be so unkind to each other as human beings and that we are raising children in a world where it’s often deemed acceptable to do so.

We have been conditioned to categorise and judge one another for so long that we no longer even know we’re doing it. Gender, skin colour, religion, socioeconomic background, the list goes on. I can’t think of anything that people don’t judge. You’re then invariably lumped into this group or that group, when they’re basically different sides of the same coin.

You could spend your life arguing ad nauseum about these things. And at the end of the day, they don’t matter. They only matter if you believe they do and focus on them.

I’ve said many things that are ignorant in my life and I’m sure I’ve caused offence too. But according to my Jewish friend, Joseph: Offence is never given, it’s taken.

When we first met, Joseph told me he was Jewish and asked how could I think otherwise when he was from North West London, was called Joseph and looked Jewish?

I had actually thought he might be Jewish, for all the same reasons, but told him I hadn’t wanted to say so in case he thought me ignorant and I offended him, which is when he unknowingly gave me one of my biggest life lessons.

At the end of the day, we are all the same: spiritual beings residing in a thing we call a body, travelling through space and time, for a brief while. When I remember that, life makes sense and feels magical. When I don’t, I get caught up in the minutiae. Here’s hoping that if my children ever do face any prejudice, they’ve got enough sense of self to stay grounded and, like my dear friend, not take offence.