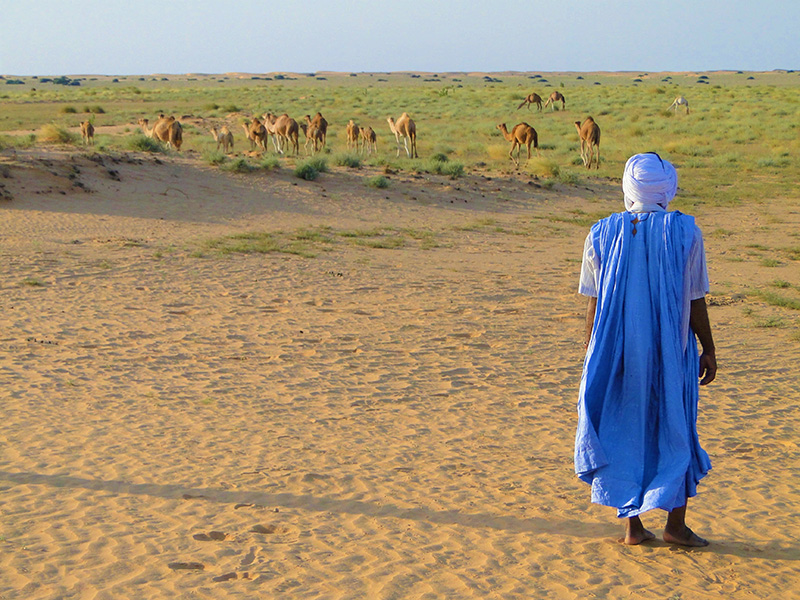 Vast, torrid and arid, the Islamic Republic of Mauritania is a mostly empty place. Bordering the Atlantic between Senegal and Western Sahara, Mali and Algeria, it’s the 28th largest country in the world, and a staggering 90 per cent of it lies within the Sahara.

The majority of Mauritania’s residents still depend on agriculture and livestock for their livelihood. Once, many of the nation’s peoples were nomadic desert-dwellers. Today, the majority of the population reside in the south, where the diet overlaps with that of nearby nations. The national dish, for example, originated in Senegal, a one-pot concoction of fish, rice and tomatoes consumed from a large communal platter, and known as thieboudienne. 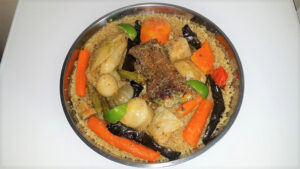 Other dishes that are popular across the entire west of the continent include harira (a traditional soup made with lentils, chickpeas, fava beans, onions, rice and egg that’s a Ramadan staple); mashwe, a whole sheep or lamb spit-roasted over coals in an earthen oven; and yassa, a spicy concoction consisting of marinated chicken or fish, along with onions, lemon and mustard.

While the majority of Mauritanians enjoy a simple diet of grains, fruit, veg, and meat when possible (mainly goat, mutton and chicken), occasionally you get something a little special on the menu. Camel, for instance, is still consumed in the more rural areas, often as maafe (stew with meat, onions and root vegetables) or chubbagin (camel served with rice and veg). And Caravane is another popular camel product: a low-lactose cheese made from the camel milk collected by thousands of nomadic herdsmen that’s proving to be a favourite with New York foodies!

To drink, it’s likely mint tea (this being a Muslim country, alcohol is generally limited to hotels), which is poured from a height to create the iconic foamy beverage. And for dessert, you might find anything from pudim d’avocat (an avocado pudding made with milk, sugar, and ground almonds) to makroudh (a sweet biscuit usually filled with nuts), or plain dates.