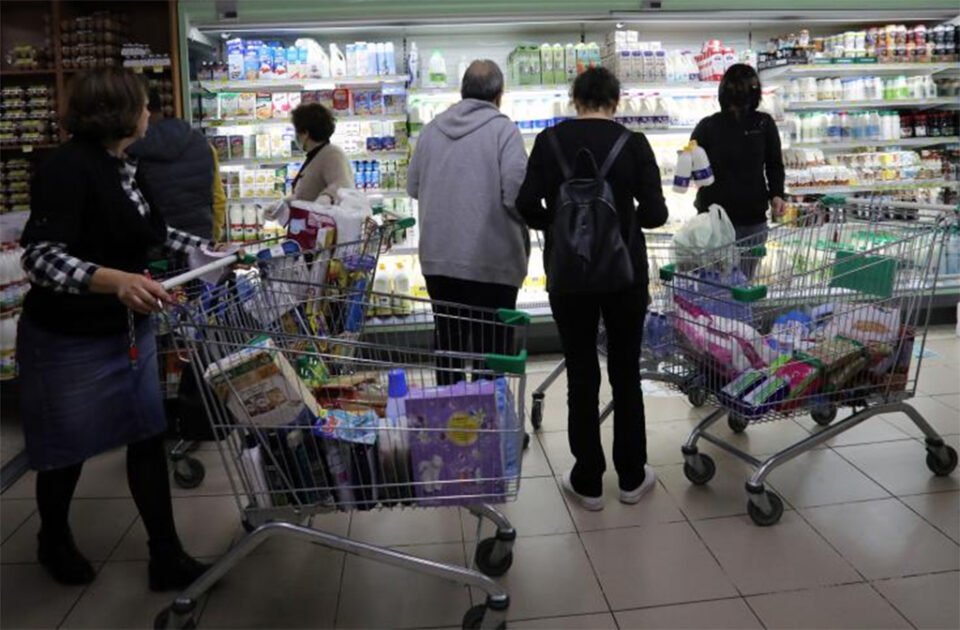 The audacity of the Association of Supermarkets (Pasype), in complaining about the SafePass was quite astonishing. Supermarkets were among the very few businesses for whom the lockdowns were a boon, taking a huge portion of consumer spending as most shops in which people could spend their money were closed. It is astounding they are now complaining because the SafePass was leading to unfair competition, giving an advantage to small food stores!

In a letter the association sent to the health minister, it complained about the high fines imposed for failure to comply with the health protocols, saying these could force supermarkets to close down. It mentioned two recent cases at supermarkets – one relating to customer without a SafePass being allowed in and another relating to a worker not having the permission slip – which resulted in €8,000 fine for each. It did not mention whether the supermarkets were repeat offenders.

People who were unvaccinated were also boycotting big shops that required the show of a SafePass and were now shopping in small grocery stores rather than get tested just for a visit to the supermarket. The SafePass requirement “has resulted in the creation of two categories of shops, putting those which carry out the checks in a disadvantageous position compared to the rest which are more numerous,” said the association claiming this was “unfair competition”. Are supermarkets serious, claiming they are the victims of unfair competition, because of the SafePass?

The advent of the large supermarkets, with their large advertising budgets, loyalty schemes, ability to offer lower prices on products and huge selection of goods could also be described as unfair competition for the local grocery stores and butcheries. The proof is their declining numbers, but they have not been complaining or demanding that supermarkets stopped attracting customers through price discounts. They accept this is the market environment they have to operate in and get on with it; and when they become unviable, they close down the business without writing to a minister to complain about unfair competition.

That the SafePass decree, inadvertently, had given the small local stores, which are steadily disappearing, a new lease of life was a good thing. The supermarkets were the businesses that really benefited from the pandemic, lockdowns and other restrictions imposed. The SafePass may have lost them a few customers, but it is rather cheap of them to complain to the health minister, making out they were the victims of unfair competition! They should just accept that that health protocols will not always be to the advantage of the supermarkets, as had been the case until a couple of months ago.