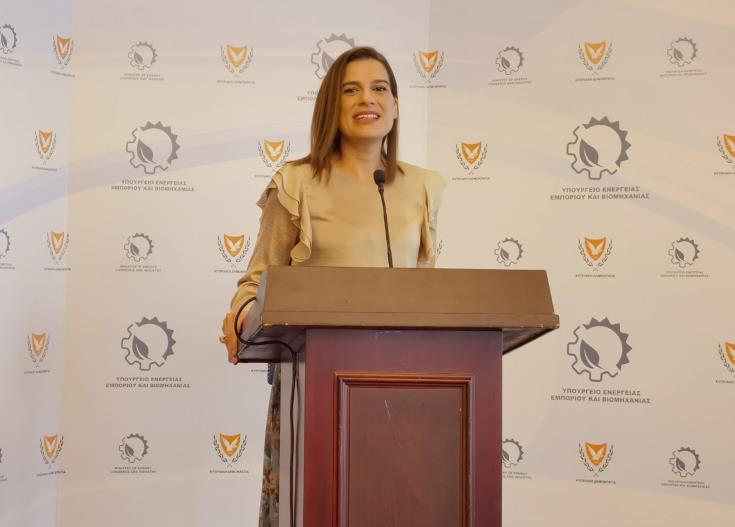 More than €200 million in EU funds has been allocated to improve the competitiveness of Cypriot businesses between 2021 and 2027, but the full absorption of this amount could be endangered by a lack of liquidity necessary for the programme to work.

Businesses eligible for this funding are obliged to provide some funds themselves but are having difficulty securing bank loans for this purpose.

“The difficulty in securing loans from banks to cover a business’ contribution, along with the lack of alternative sources of funding, jeopardises the potential for absorbing these EU funds, which will affect both companies and the Cypriot economy,” Minister of Energy, Commerce and Industry Natasa Pilides said on Wednesday during a workshop arranged by the ministry.

She explained that the unwillingness of banks in Cyprus to take on any risks discourages them from funding start-up companies or young companies that wish to expand their operations. Pilides said alternative financing sources, including venture capital by which equity is exchanged for funding, was of vital importance.

“The operation of such institutions in our country can fill a significant gap that exists in our business environment, which is exactly where new business ideas are born and are in need of assistance to flourish and grow,” the minister said.

“We have entered into a dialogue with the Association of Cyprus Banks, while we are also having discussions with the banks directly,” Photiades said, explaining that easing business lending was a necessity.

The ministry had already launched schemes amounting to €121 million to help businesses restart after the effects of the pandemic, while it would announce additional schemes worth €166 million in the coming months.

“In total, we have secured at least three times more funds to allocate for entrepreneurship and green growth during the next seven years compared to the previous programme period,” Photiades stated.

Meanwhile, the general manager for the European Programmes, Coordination and Development office Theodosis Tsiolas said that the ties between the business world and the research community needed to be strengthened as this would help the former become more competitive.

Tsiolas also touched upon a number of support programmes that have been launched, including for the promotion of exports, digitisation, the modernisation of agricultural businesses, the THALIA programme, and more.

“All these sectors receive significant support through the implementation of the Recovery Plan,” Tsiolas said.