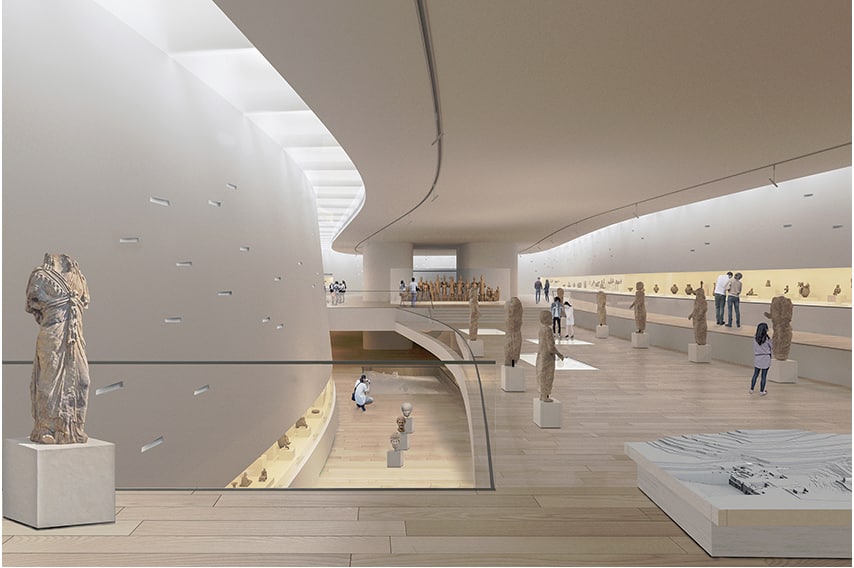 Architect's design for the new museum

Opposition parties appeared unconvinced Thursday that construction of a new museum in Nicosia will go as scheduled, starting in the middle of 2022.

House transport committee chairman, Dipa MP Marinos Moushiouttas, said the government was almost ready to go to tenders for the €95m project so that construction could start halfway through next year.

“Unfortunately, we have been informed that certain technical problems have not yet been resolved,” he said of delays in moving government services from the building site where the old Nicosia hospital used to be.

The Nicosia outpatient clinic and the dental services are still operating on the site.

Moushiouttas said the committee was trying to help with the move to avoid delays, but the state had to resolve certain small problems immediately to pave the way for construction.

Disy MP Demetris Demetriou said the delay was mainly due to the pandemic.

“We are certain that since everyone’s desire is for the new archaeological museum to open as soon as possible, no other delays will come up and rehoming the dental services and the outpatient clinic will not be a reason for a delay,” Demetriou said.

He said the government was making one excuse after the other.

“We are surprised by the ease with which the government changes its previous pledges,” he said. “I hope I am wrong but the same day next year we’ll be here censuring the government over the delays.”

Selena Gomez breaks down 15 looks from 2007 to today