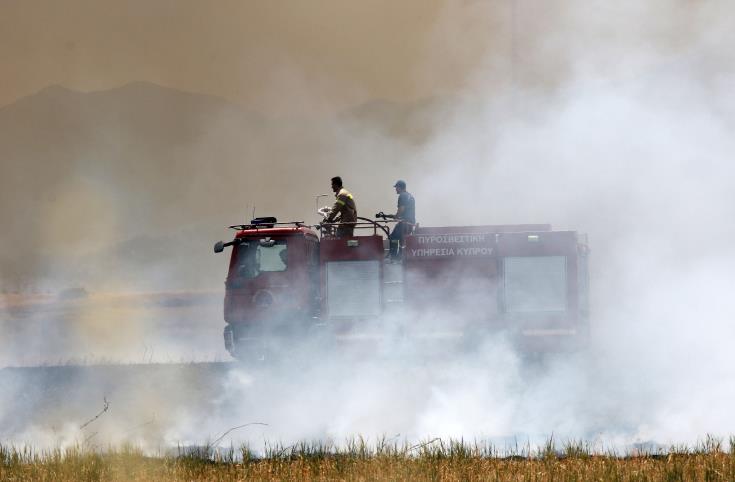 Firefighters on Thursday brought under control a blaze – the third during the day – in the area of Polis Chrysochous, near the village of Prodromi, after the flames at one point had come dangerously close to homes.

The fire – along a riverbed covered by reeds – had broken out around 3.25pm and, fanned by strong winds, burned through two hectares before it was put out by 5.40pm.

Taking part in the effort were personnel from the fire service and the forest department, using eight vehicles, two planes and two helicopters. Local residents assisted.

Firefighters remained on standby in case of a flare-up.

Authorities were investigating how the fire started.

Earlier in the day, firefighters extinguished two blazes in Agios Silas in Limassol and in Stroumbi in Paphos.