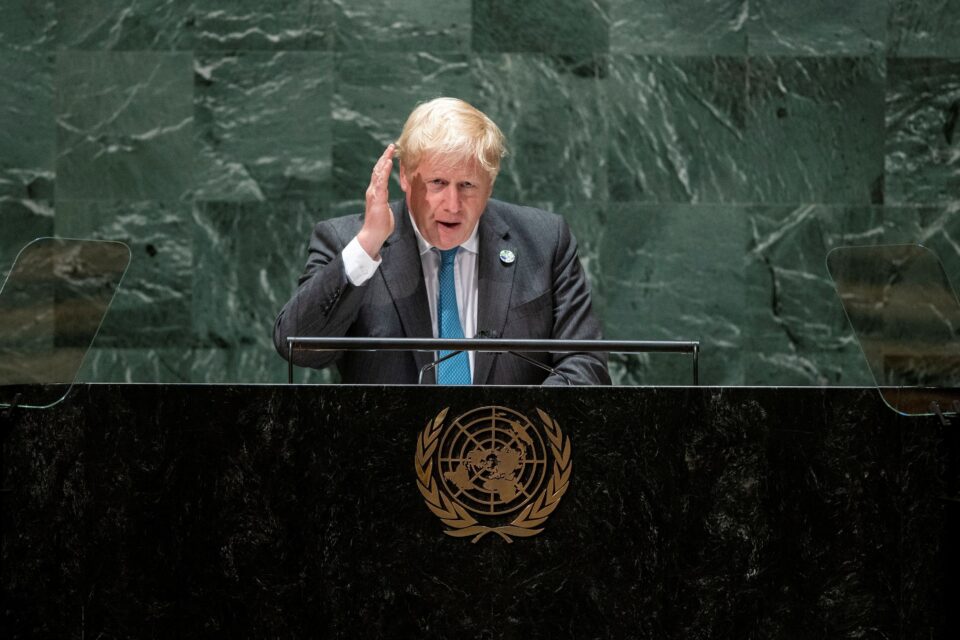 Prime Minister Boris Johnson pushed the world to “grow up” and tackle climate change during his annual United Nations address to world leaders on Wednesday and contradicted Muppets character Kermit the Frog by saying: “It is easy to be green.”

The U.N. COP26 conference aims to spark much more ambitious global climate action – and the money to pay for it – as scientists warn that global warming is dangerously close to spiralling out of control.

“We must show that we are capable of learning and maturing and finally taking responsibility for the destruction we are inflicting, not just upon our planet, but upon ourselves. It’s time for humanity to grow up,” Johnson said.

He praised China’s pledge at the United Nations this week to not to build new coal-fired power projects abroad and the United States commitment to double funds by 2024 to $11.4 billion per year to help developing nations deal with climate change.

But he added: “We must go further and we must go far faster. We need all countries, every single one of you to step up.”

A U.N. analysis of country pledges under the 2015 Paris agreement on climate on Friday showed global emissions would be 16% higher in 2030 than they were in 2010 – far off the 45% reduction by 2030 that scientists say is needed to stave off disastrous climate change.

Johnson also challenged the message of Muppets character Kermit the Frog, who sang: “It’s not easy being green.”