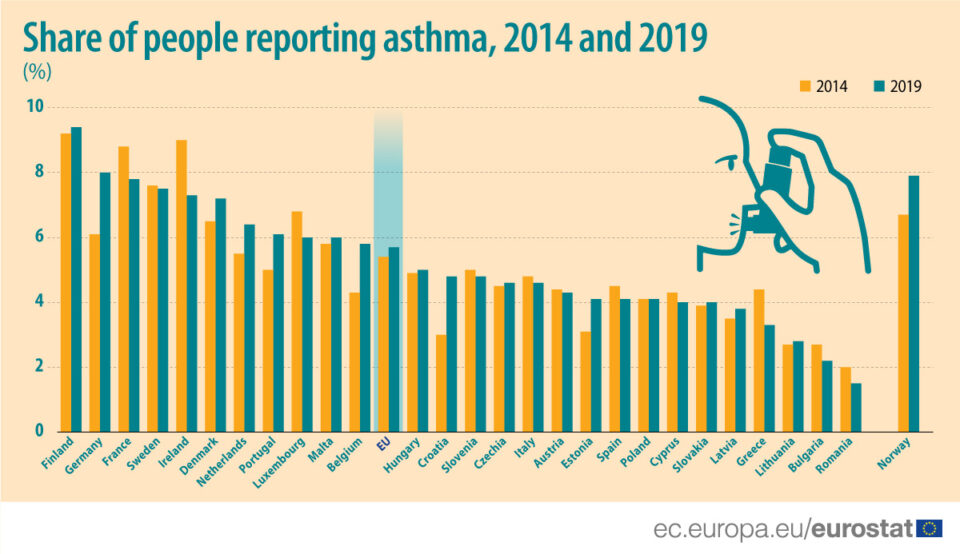 About four per cent of Cypriots said they were affected by asthma in 2019, below the EU average of 5.7 per cent, a report by Eurostat showed on Friday.

Among EU countries, Finland stood on the top of the list, with nine per cent of the people reporting to have asthma, followed by Germany and France (both 8 per cent).

In contrast, only 2 per cent of people in both Romania and Bulgaria reported having it.

The highest share of reported asthma among both sexes and all age intervals was found in women 65 and above, standing at seven per cent.