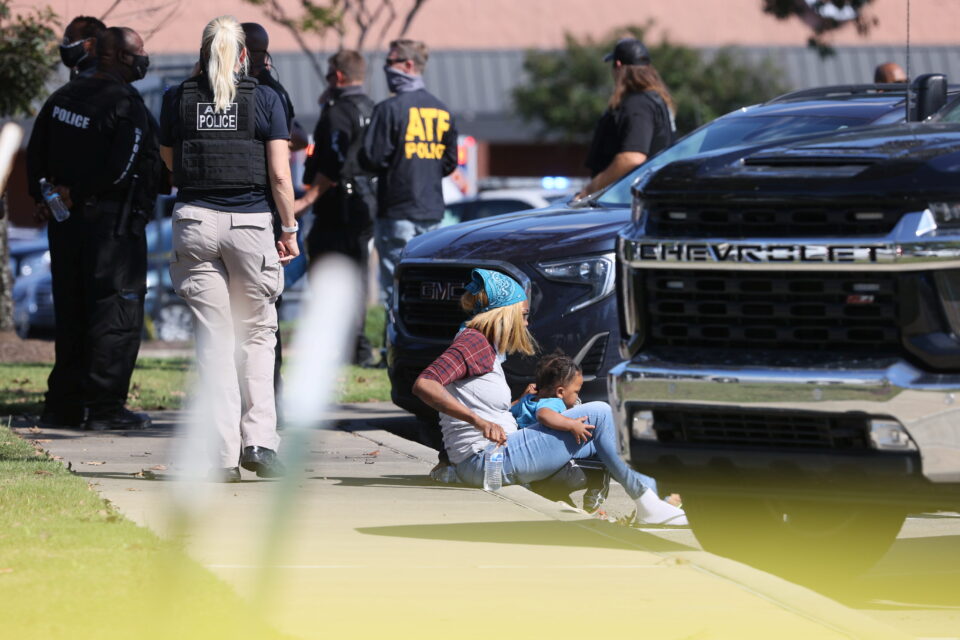 Emergency personnel respond to a shooting at a Kroger supermarket in suburban Memphis, Tennessee, U.S., September 23, 2021. Joe Rondone/The Commercial Appeal/USA Today via REUTERS MANDATORY CREDIT. THIS IMAGE HAS BEEN SUPPLIED BY A THIRD PARTY.

A gunman killed one person, wounded 12 and then apparently killed himself at a Tennessee supermarket on Thursday, pursuing panicked shoppers and employees as they fled down the aisles while some took refuge in store freezers, police said.

Of the 12 wounded, one was in surgery and another in intensive care after the shooting in the Memphis suburb of Collierville, Police Chief Dale Lane told reporters. A 13th person was treated for an anxiety attack, he said.

Police arrived on the scene almost immediately after the shooting at the Kroger grocery in Collierville, a town of about 50,000 some 30 miles (50 km) east of Memphis in southwestern Tennessee.

“We found people hiding in freezers and in locked offices. They were doing what they had been trained to do – run, hide, fight,” Lane told reporters, calling the gun violence “the most horrific event that has occurred in Collierville history.”

Lane withheld information about the shooter while investigators attempted to determine if anyone else may have assisted him in the attack, although he did say there was no evidence of terrorism.

WREG-TV reported the shooter was an employee who had been fired on Thursday, citing an unnamed law enforcement source.

Brignetta Dickerson, a Kroger employee, told WREG that she instructed fellow employees and customers when the shooting broke out to follow her to the back of the store and closed the door behind them, but the gunman followed.

“I’m a little shaky but I’m OK. I got God on my side,” Dickerson said.

There were 44 employees and an undetermined number of customers at the store when the shooting broke out, Lane said.

Thursday’s violence was the latest in a string of deadly workplace mass shootings that have erupted in U.S. cities, claiming dozens of lives and leaving many more wounded this year.

Ten people were killed in March when a gunman opened fire at a King Soopers supermarket owned by Kroger Co in Boulder, Colorado.

“It is an emotional roller coaster, as you can imagine,” Dickerson told reporters. “And we, of course, have provided counseling for every associate, who’s here today, and we will continue to do that.”

Cyprus will use technology to boost visitor experience at Dubai Expo