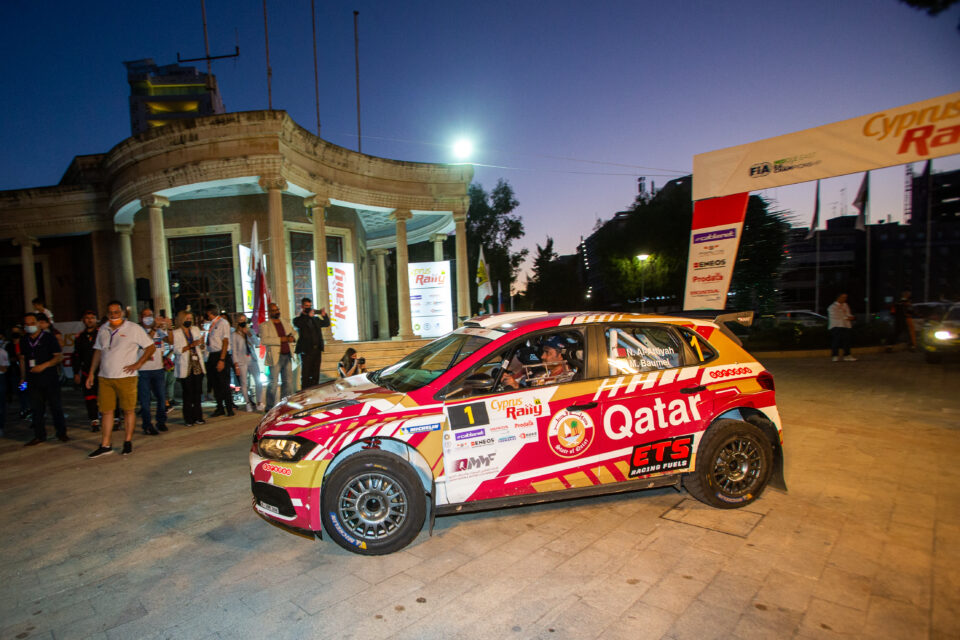 For the first time in two decades, Eleftheria Square in Nicosia hosted the start of the Cyprus Rally on Friday evening but the usual razzmatazz was noticeably missing: due to Covid restrictions access to the start area was denied to spectators, so about 100 fans gathered on the pavement by the old Town Hall to watch the cars, which then drove slowly through Regina street and on towards the Service Park.

The race itself starts Saturday morning with three special stages which will be repeated in the afternoon, after the noon service in Aglantzia.

Another six stages will take place on Sunday, and the Finish ceremony will again be in Eleftheria Square at 6pm on Sunday, but with no spectators allowed near the ramp.

Cyprus Rally record holder Qatar’s Nasser Al Attiyah, who has won the event seven times will start with the No1 on the doors of his Volkswagen Polo GTi.

His dominance is being challenged by Cypriot champion Simos Galatariotis and the leader of this year’s Ηellenic Championship Alexandros Tsouloftas who both also drive a Volkswagen Polo GTi.

The event covers a total distance of 665.94km with 180.92km comprising the 12 gravel special stages. Following many years as a mixed surface rally, this year’s Cyprus Rally will be competed entirely on gravel.