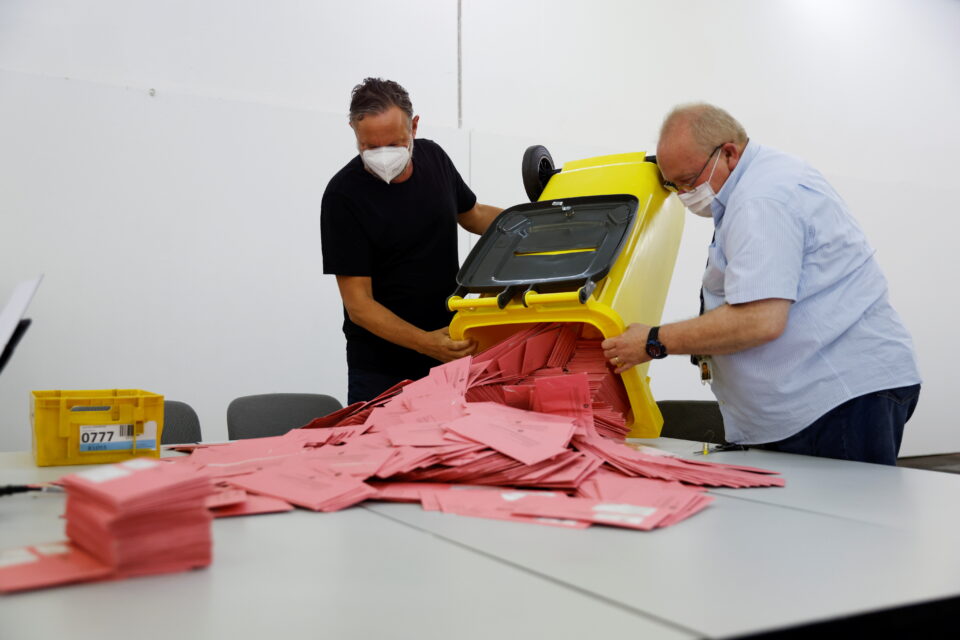 Germany’s CDU/CSU conservatives and their Social Democrat rivals were tied in Sunday’s national election, an exit poll showed, leaving open which of them will lead the next government as Angela Merkel prepares to stand down after 16 years in power.

The CDU/CSU bloc won 25% of the vote, their weakest result in a post-war federal election and on a par with the centre-left Social Democrat (SPD), the infratest poll for broadcaster ARD showed. Other exit polls showed the SPD marginally ahead.

Attention will now shift to informal discussions – likely with the Greens, on 15%, and liberal Free Democrats (FDP), on 11% – followed by more formal coalition negotiations https://reut.rs/2ZeqYw3, which could take months, leaving Merkel in charge in a caretaker role.

After a domestic-focused election campaign, Berlin’s allies in Europe and beyond may have to wait for months before they can see whether the new German government is ready to engage on foreign issues to the extent they would like.

Merkel has been in power since 2005 but plans to step down after the election, making the vote an era-changing event https://reut.rs/3hfDamG to set the future course of Europe’s largest economy.

The election pitted Armin Laschet, of the CDU, against Olaf Scholz https://www.reuters.com/world/europe/german-leadership-race-boring-olaf-bets-craving-stability-2021-09-21 of the SPD, the finance minister in Merkel’s |grand coalition” who won all three televised debates between the leading candidates.

Both the conservatives and the FDP reject a European “debt union” https://reut.rs/2T1UKS3 and want to ensure that joint European Union borrowing to finance the bloc’s coronavirus recovery package remains a one-off. The SPD has talked about taking steps towards a fiscal union.

The Greens favour a common European fiscal policy to support investment in the environment, research, infrastructure and education.