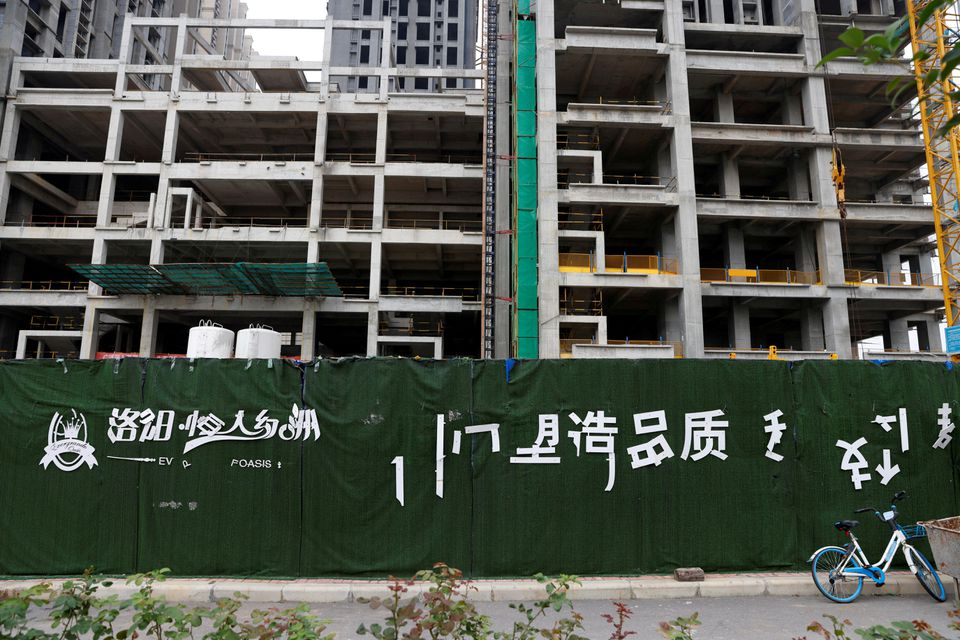 HSBC and Standard Chartered could face spillover damage to their profits and balance sheets from the debt crisis enveloping China Evergrande Group (3333.HK) even though the two banks say they have limited their direct exposure, analysts have warned.

Other banks and insurers could also suffer indirect effects such as loss of fees or a devaluation of their investments.

HSBC and StanChart make a big chunk of their profits in China and Hong Kong and they have been the foreign banks most involved in underwriting syndicated loans for developers there. That means they are likely to face the most immediate second-order impacts, analysts at JPMorgan said in a research report.

HSBC and Standard Chartered both declined to comment on the report.

Evergrande has left global investors guessing over whether it will make a key interest payment, adding to fears of big losses for bondholders and sending tremors through China’s property sector and economy.

Hong Kong and mainland China accounted for around 84 per cent of HSBC’s profits in 2020 while Greater China and North Asia contributed 81 per cent of StanChart’s profits last year, according to a Reuters analysis of filings by the two companies – underscoring the region’s importance to their overall businesses.

The property sector contributes 14 per cent of China’s GDP or 25 per cent if indirect contributions are included, JPMorgan said, and property loans are worth some 6.6 per cent of total loans, meaning a hit to the sector could have significant wider economic impacts.

HSBC and Standard Chartered have both said they have no direct exposure to Evergrande, and that they have taken steps in recent years to carefully manage their exposures to any one sector.

HSBC has already sold all positions in its China bond or Asia credit portfolios with exposure to Evergrande, a source at the bank said.

Citing Dealogic data, JPMorgan said HSBC has been involved in underwriting 39 outstanding syndicated loans for Chinese developers while StanChart has worked on 18 such deals, which could come under pressure if there are wider property sector defaults.

In a syndicated loan banks typically underwrite the deal and then sell the debt to other investors, but may keep some of the exposure on their books.

“There is a risk that this is not an idiosyncratic event but an industry-wide problem which could result in significant spillover damage,” JPMorgan said.

The US bank said it estimates there could be a further 11 defaults worth some $30 billion this year across the Chinese high-yield property sector, amounting to a 23 per cent default rate.

“These will impact the profit and loss figures of Europe’s globally active banks in the coming quarters, as could the ensuing regulatory crackdown by Chinese authorities,” he said.

Chinese real-estate companies have tapped the public US dollar bond market for $274 billion in the past five years, Scope analysts said, citing Bond Radar data, suggesting foreign banks could lose out on fees if such deals dwindle.

“We are not concerned by direct exposure of European insurers to Evergrande, but indirect exposure, e.g. through investments in the Chinese equity or real estate market, might see some volatility,” Kudszus said.

Insurers Prudential (PRU.L), Ageas (AGES.BR) and Swiss Re (SRENH.S) were likely to have the most exposure to Chinese real estate, Morningstar analysts said this week.

Ageas said its Chinese joint venture company had no direct exposure to Evergrande but around 2 per cent of the corporate bond portfolio was invested in highly-rated Chinese real estate debt.

“Only further widespread spillover to the general stock markets would have an impact on our results,” an Ageas spokesperson said.

Prudential Chief Executive Mike Wells told CNBC this week that the insurer’s exposure to Evergrande was “de minimis”, and that less than 5 per cent of the insurer’s bond holdings were in Chinese real estate.

Prudential also has a joint venture in China.

Swiss Re did not have direct investments in Chinese property in its real estate portfolio, a spokesperson said.