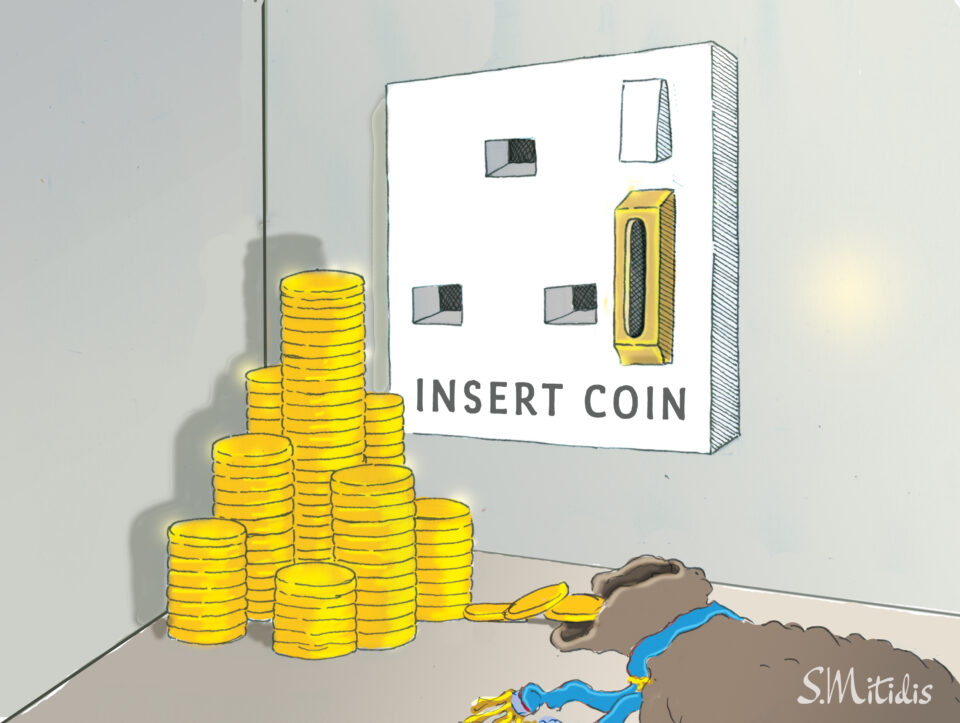 ALL DAY on Friday CyBC radio news played the story that “powerful messages about the Cyprus problem are expected to be sent by the President of the Republic, from the podium of the 76th General Assembly of United Nations which he will address at four in the afternoon.”

It made you wonder whether there were any “powerful messages” about the Cyprob that we had forgotten or failed to send in the 47 years since the Turkish invasion that presidents of the Republic have been addressing UN General Assembly every September.

The suspense built up through the day became unbearable as we approached 4pm, but in the end the address did not live up to the state broadcaster’s build-up. The “powerful messages” were straight out of the Spy Kyp book of collected addresses to the General Assembly, updated for 2021 with the latest Turkish outrages thrown in.

In typical Nik style, he declared that he would not engage in the blame game and then spent most of his address blaming Turkey for everything except the climate crisis, which he also referred to in his speech, so it would not be focused exclusively on the Cyprob. It was smart of him to acknowledge the Cyprob was not the only pressing issue facing the world today.

THE AUDITORIUM was almost empty during Nik’s address, which was a shame as most UN delegations were unable to hear “powerful messages.”

Not even the flunkeys of permanent representatives were in the auditorium – brief TV pictures showed rows and rows of empty seats – raising suspicions that the world has grown a bit bored of the Cyprob and hearing the same “powerful messages” year after year.

This would be the cynic’s take, but there is also another explanation. The address was at 9am in New York, when most people had not even arrived at the UN while those who were there were most probably having their coffee or chatting in the corridors. Greece’s delegation was present, despite having heard the messages many times before.

Why had our permanent representative at the UN not tried to get a better time slot for the Prez’s address, at a time when there would be more delegations at the UN? Was he afraid that even then, the auditorium would still be empty for our prez’s address, thus exposing the tragic reality that the world finds the Cyprob a colossally boring nuisance?

A CYNIC – and I am not one of them – would say that our UN delegation purposely chose the early time slot for the Prez’s address so it could be broadcast by the evening television news in Cyprus because the main target audience of this annual tirade is the Greek Cypriot population.

Most Greek Cypriots are as bored of hearing the fiery Cyprob platitudes as the UN delegations but as Kyproulla taxpayers they need to be shown that the annual September visit to New York is not an all-expenses-paid holiday for the Prez and his entourage.

Our delegation will have spent 10 days at a plush New York hotel with ample free time to enjoy the many pleasures Manhattan has to offer and collecting their per diem expenses while essentially on holiday, all in the name of the Cyprob.

Every prez has considered it his national duty to address the annual session of the UN General Assembly as long as the Turkish occupation continues because no human being would say no to the opportunity of a luxury, all-expenses paid holiday in the Big Apple.

It is just one of the perks of keeping the Cyprob alive.

DURING these 10 days Prez Nik paid a courtesy visit to the UNSG last Monday, addressed the General Assembly on Friday and will meet the UNSG and Ersin Tatar for a pointless lunch this Monday.

He also had the obligatory meeting with the Russian foreign minister Sergei Lavrov and was the guest of a dinner thrown by US-based Greek Cypriot associations and clubs in his honour.

Meanwhile foreign minister and prospective presidential candidate Nikos Christodoulides made sure the taxpayer was getting value for money. On Friday alone, according to the CyBC, he met foreign ministers or deputy prime ministers of Qatar, Armenia, Jordan, Guyana, Mongolia and Rwanda and briefed them about the Cyprob because they had missed Nik’s address.

PREZ NIK also had the chance to generate some controversy for consumption back home – part of the job – by cancelling his scheduled meeting (another fixture of the annual visit) with the Greek Orthodox Archbishop of the US Elpidoforos, who committed the national sin of attending the opening of the 36-storey Turkish Centre in Manhattan, at the invitation of President Erdogan.

He was outraged that Elpidoforos, a Turkish citizen, was one of the people cutting the ribbon while standing next to the occupation leader Tatar, with whom Nik will be having lunch on Monday. Nik magnanimously forgave the Archbishop for his sin after Elpidoforos made a grovelling public apology, and agreed to meet him.

BACK IN the Small Apple the union representing the selfless public parasites came up with a ground-breaking idea to reduce their productivity and take the poor standard of service to the public to a lower level.

The successor of Hadjiklamouris, new Pasydy boss Stathis Mattheou, has written to the ministers of finance and labour proposing the creation of a legal framework for ‘tele-work’ that would allow parasites to work from home. The lockdown confirmed that working from home “was effective, without affecting the quality of the work produced,” he said.

Reason suggests that workers who do the bare minimum at the workplace where they are supposedly supervised are almost certain to do even less when unsupervised at home with a television in the room and countless other distractions. Would hospital nurses that belong to Pasydy also be allowed to work from home?

Tele-work would have “a positive impact on society”, said Mattheou, betraying the fact for Pasydy society consists only of public parasites, because for the society of non-parasites that expect a basic service from government departments it would have a negative impact.

THE LEAST productive of the unproductive class are the officers of the National Guard who seem to do even less than their colleagues in the civil service.

Some 10 days ago Defence Minister Charalambos Petrides told the House defence committee of a problem faced by the army. “Someone says that he can do light service, he is cured in order to get promotion and after a while he has back problems again,” said Petrides.

He was referring to officers and NCOs who would go to the medical council claiming some ailment so they would only do office work until promotion time when they became fit and able again for a brief period. The minister was discussing a proposed law to tackle this problem which threatened to get out of control.

In a properly run army, which did not exist to pay high wages to unemployables, if someone was hired as a soldier and then it transpired he was physically not up to the job, he would be sacked rather than given an office job. As firing someone from the public service is against the law, why does the National Guard not just simply disqualify these super-parasites playing the system when promotions are made? Do we need a law to bar layabouts from getting promotion in the parasite sector?

KIOSKS have been complaining about being obliged to accept card payments, especially for cigarettes which have a tiny profit margin. The margins on tobacco are so low that they end up losing money when they are paid by card, as the tiny profit ends up with the card company.

The reason the margins on tobacco are so low is because there are ceiling prices on them since the days when smoking was not considered harmful. Back then, low-income earners who smoked were protected by the state through maximum prices being imposed on cigarettes, which were considered essential goods, like bread and milk.

What is the reason for keeping the price controls today? Does the state want to ensure the right of smokers to cause harm to their health is affordable and not a privilege of the rich?