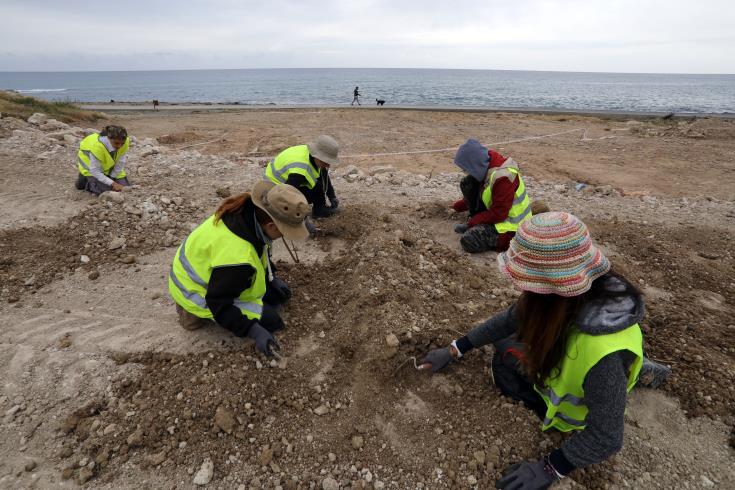 Presidential Commissioner Fotis Fotiou said that 47 years after the invasion in Cyprus, Turkey is far from responding to Cyprus’ calls for the identification of the missing persons.

In his address to the Annual General Assembly of the Panhellenic Committee of Parents and Relatives of Undeclared Prisoners and Missing Persons of the Cyprus Tragedy, in Athens, Fotiou also suggested that Turkey conceals its responsibilities for the brutality it showed by invading Cyprus and for the crimes the Turkish army committed.

“Turkey may try to whitewash its face, but it should understand that in no case is it absolved of its responsibilities, especially when they are clearly and unequivocally defined and circumscribed by decisions of international organisations and institutions such as the UN, the Council of Europe, the European Parliament and the European Court of Human Rights,” he said.

Presidential Commissioner noted that the Greek Cypriot side considers it necessary for Turkey to accept the access of researchers to the Turkish army’s archives and to proceed with the identification of the mass graves of Greek Cypriot and Greek missing persons. He added that only if Turkey abandons its intransigent and inhuman policy on the problem of missing persons, the agony and suffering of their relatives will come to an end.

Fotiou stressed that Nicosia is troubled by the dramatic decrease in the number of successful identifications carried out in the Turkish-occupied territories.  “Of the 1,510 reported and listed cases of Greek Cypriot and Greek missing persons, only the remains of 722 of our compatriots have been identified and delivered to their relatives for burial”, he said. “As a result of this tragic situation, 788 of our brothers and sisters are still missing, including 47 of the 77 Greeks who were originally recorded. In fact, 2021 is going to close with the lowest rate of identifications”, he added.

At the same time, the Commissioner stressed that Turkey`s negative attitude on the missing persons will not break the Greek Cypriot side’s determination to continue its struggle, in cooperation with the Greek government, to clarify the fate of every missing person.

“In cooperation with Greece, we remain committed to the goal of ending the occupation”, Fotiou said, adding that the Republic of Cyprus is “fighting for a solution without occupying troops, without guarantees and intervention rights. A solution that will be in full compliance with international law, the principles, and values of the European Union and the resolutions of the United Nations”.

Fotiou said that Nicosia rejects Turkish blackmail and threats as regards the Cyprus problem. “We reject and denounce the latest illegal, provocative, and irrational announcements by Turkey and the Turkish Cypriot leadership on Famagusta, which run contrary to Security Council Resolutions 750 and 789, and also reveal the Turkish side`s objectives and intentions”, he concluded.