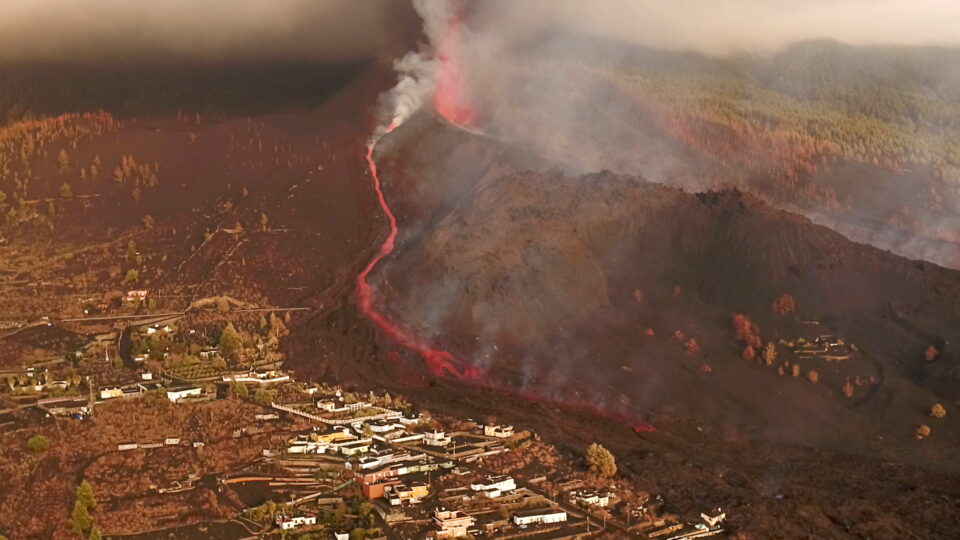 A screengrab from drone footage shows lava flowing following the eruption of a volcano in the Cumbre Vieja park, on the Canary Island of La Palma, Spain September 26, 2021. REUTERS TV via REUTERS

Emergency authorities early on Monday ordered people in an area on the eastern shore of La Palma island to lock down as the lava gushing from the Cumbre Vieja volcano approaches the sea.

The 1,250 Celsius degree lava may touch the Atlantic Ocean in the coming hours, likely causing explosions and send clouds of toxic gases over the island, the Canary Islands emergency services warned on Monday morning.

People on the coastal areas of San Borondon, Marina Alta and Baja and La Condesa were ordered to lock down.

Reuters drone footage showed a rapid river of red hot lava flowing down the slopes of the crater, passing close to homes, and swathes of land and buildings engulfed by a black mass of slower-moving, older lava.

On Monday morning after dawn, the volcano was quieter than in the previous days.

Since the volcano started erupting on Sept. 19, the flow of black lava has engulfed more than 230 hectares, the European Union satellite monitoring service Copernicus said, swallowing hundreds of houses as well as roads, schools, churches and banana plantations and forcing thousands to evacuate.

No fatalities or serious injuries have been reported since the volcano’s eruption, but about 15% of the island’s banana crop could be at risk, jeopardising thousands of jobs.

La Palma, with a population of over 83,000, is one of an archipelago making up the Canary Islands.