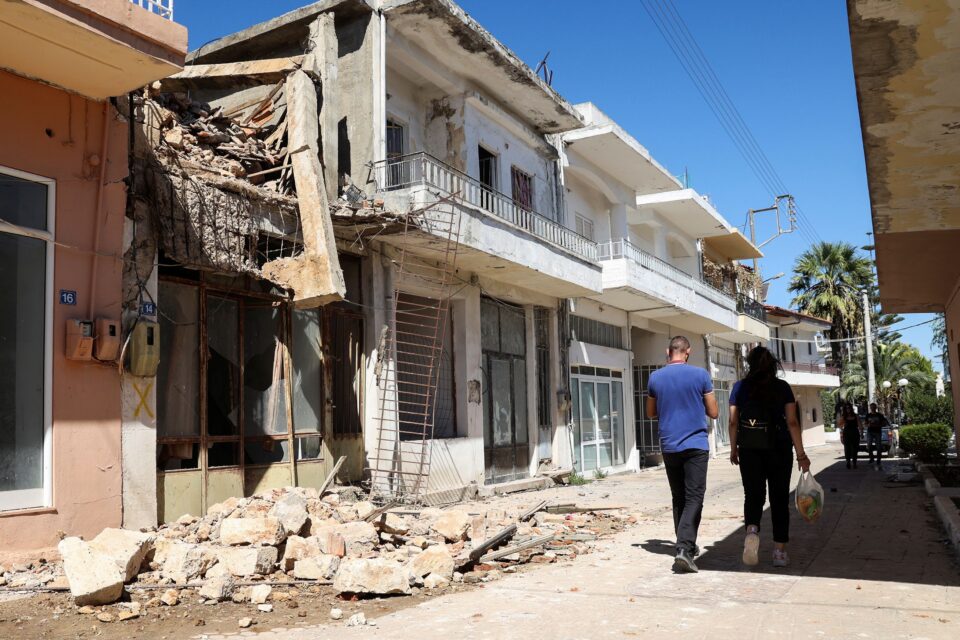 People walk past a damaged house, following an earthquake on the island of Crete, in the town of Arkalochori,

Nicosia stated its readiness on Monday to offer any assistance necessary to Greece after the 5.8 magnitude earthquake in Crete that killed one person, injured others and damaged buildings.

Damage was reported to many old buildings close to the epicentre, in the east of the island. A man died when the dome of a small chapel in the town of Arkalochori, some 30 km outside Crete’s main city Heraklion, caved in during renovation works while nine other people were reported injured in the quake, which damaged mainly old, unοccupied buildings in the wider Arkalochori region. The tremor was also felt in Heraklion with schools in the region closing for the day.

Authorities announced hotel rooms would be made available for people needing to stay outside their homes overnight, and 2,500 tents would also be put up.

According to an official statement, Stylianides thanked the government for offering to help and said he will be in contact with Nouris once the situation was assessed in case assistance is needed.

The foreign ministry called on Cypriots who were affected by the earthquake and need assistance to contact Cyprus’ embassy in Athens at (+30)6974560580.