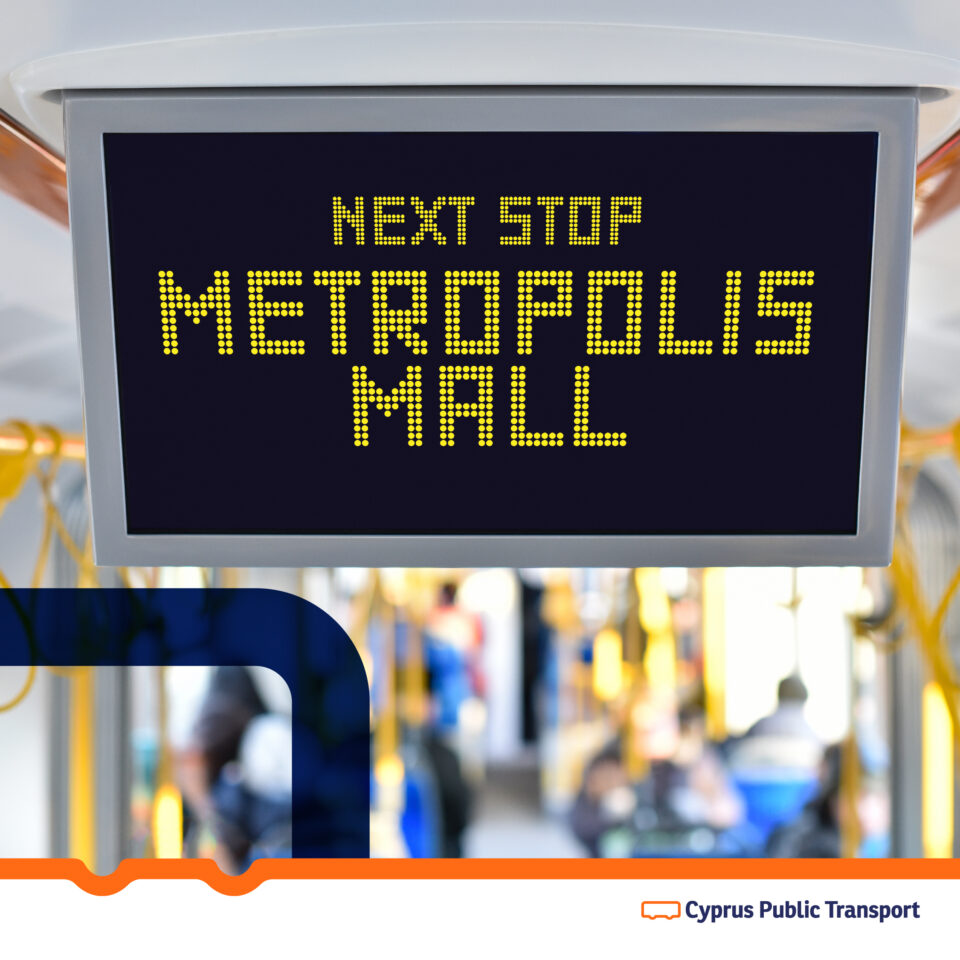 Cyprus Public Transport is once again next to its passengers and announces that it has already started servicing the people of Larnaca who wish to go to the Metropolis Mall. Just a few days ago, the new shopping centre of the city opened its doors and has already welcomed many visitors. Aiming at the convenience and comfort of people living in the areas where it operates, Cyprus Public Transport has provided several lines that carry out routes to and from the shopping centre.

The stops from which those interested will be able to use the buses of CPT towards the new Metropolis Mall are Agios Georgios Church (Pharmacy) bus stop and Larnaca General Hospital bus stop (Inomenon Polition Amerikis Street), as well as GSZ Stadium bus stop (Giorgou Christodoulidi Street). The same points apply to the routes from the Mall to the centre of Larnaca, with the exception of Agios Georgios Church bus stop. The lines of the routes to and from the Metropolis Mall include a night route, for those wishing to go out to its cafés and restaurants.