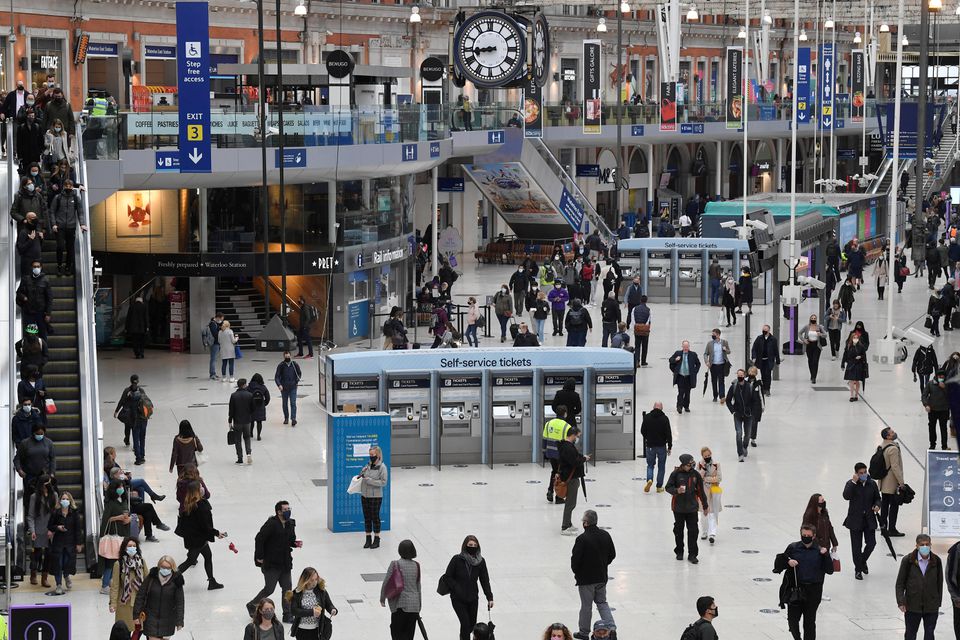 More than a million British workers face an uncertain future this week as the UK becomes the world’s first big economy to wind up its COVID-19 jobs support scheme.

The programme, which at its peak paid a third of employees to stay at home, cost more than 68 billion pounds ($93 billion) – the most expensive single piece of UK economic support during the pandemic.

It also marked a sharp shift in policy in Britain where unemployment benefits are low by European standards.

“I think it’s been an absolute lifesaver … and was exactly what the government needed to put in,” said Sabby Gill, chief executive of human resources software firm Thomas International, which furloughed staff until the start of this year.

The approach to pandemic job support in Britain and elsewhere in Europe differed from the United States, which increased unemployment benefits a lot but made much less effort to preserve the link between employers and staff.

Other European countries with more tradition of short-time working programmes such as Germany are keeping furlough support longer, at least for harder-hit sectors.

But with employers reporting record-high job vacancies – and acute shortages of workers such as truck drivers – most observers think Britain is right to end its programme on Sept. 30.

“Now we need to start focusing more on active measures to help people take up the jobs that are available, rather than passive measures that pay people not to work,” said Tony Wilson, director of the Institute for Employment Studies think tank.

However, the short-term impact of the scheme’s end on unemployment and the broader economy is unclear.

Last week the Bank of England called it a key source of uncertainty for its thinking on when to raise interest rates, and Governor Andrew Bailey said in a speech on Monday that the situation posed a puzzle for central bankers.

Policymakers had a “range of views” on the likely path for unemployment and wanted to wait for data on the impact of the scheme’s expiry, minutes of their September meeting showed.

Official data shows 1.56 million jobs were fully or partly on furlough at the end of July, down from a peak of 8.86 million in May 2020 shortly after the programme launched. Of those, just over half were fully furloughed, while the remainder had staff working some of their pre-pandemic hours.

A more timely – but more approximate – survey of employers by the Office for National Statistics suggests there was no big fall in total furlough numbers over August with between 0.3 and 0.8 million people completely off work.

Wilson thinks the number of people who will find themselves newly unemployed on Oct. 1 is at the bottom end of this range, in part because some will have been working side jobs while on furlough, while others have dropped out of the labour market.

Britain’s unemployment rate was 4.6 per cent in the three months to July, up from 4.0 per cent before the pandemic. But the ‘inactivity rate’ – measuring working-age people who are studying full-time, long-term sick, caring for family or have given up hunting for work – has risen more to 21.1 per cent from 20.2 per cent before.

Even if the jobless rate rises, that would not necessarily stop the BoE raising interest rates early next year.

If the newly unemployed lack skills to work in areas most in need of more staff – from plucking a turkey to programming a computer – then supply-chain bottlenecks risk pushing up inflation over the medium term.

“This could feel a lot more like the early 2000s – when there was a strong recovery … and really significant labour shortages driving up wages and inflation – than the early 2010s when the opposite was happening,” Wilson said.

Similar to the early 2000s, and unlike the 2010s, British firms cannot easily employ workers from poorer parts of eastern Europe, due to post-Brexit visa rules.

“Not all of those jobs require you to be a rocket scientist,” and roles such as chatbot managers only required motivation and willingness to learn something new, she said.

Not every economist thinks the bottlenecks will last. Slack in the job market will weigh on wages and inflation, as it did after the global financial crisis, some say.

“We expect underemployment to rise sharply as people return to their former employers but work fewer hours than they would like,” said Samuel Tombs of Pantheon Macroeconomics, who expects the jobless rate to peak at 5.0 per cent.

Whether the furlough programme should reappear during future economic downturns in Britain is up for debate.

For now, targeted support for sectors still hurting from the pandemic, such as aviation, is what is needed, the Confederation of British Industry’s deputy chief economist, Anna Leach, said.

Britain’s Trades Union Congress would like furlough to become a permanent part of the landscape, allowing businesses to delay lay-offs and give scope for retraining.

The Organisation for Economic Co-operation and Development said the government should keep an open mind, especially as general unemployment benefits in Britain are low.

In 2019, a British person on an average salary who became unemployed for three months would have received 34 per cent of their previous income in benefits, compared with 68 per cent in France, 59 per cent in Germany and 40 per cent in the United States, OECD data shows.

“I’d say it has worked very well,” OECD senior economist Alexander Hijzen said. “It definitely should be part of the toolkit that governments have to deal with other economic crises, not just pandemics.”