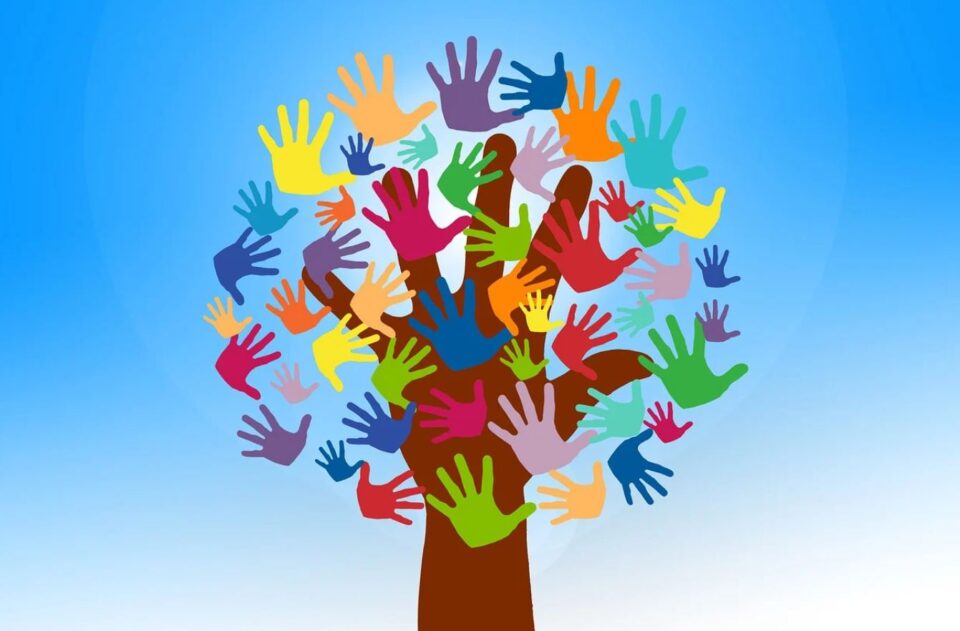 Hellenic Bank places people at the centre of its operations, be it in terms of sustainable growth planning or through its client-focused approach.

Spearheading this drive is the volunteer work of its staff, engaged in various actions providing hands-on support to the community.

In a bid to foster a culture of volunteerism, the Organisation encouraged the establishment of the ‘Hellenic Bank Volunteers Team’, set up by members of the Bank’s staff in 2020. The team aims to bolster the Bank’s community outreach actions in areas such as the environment, sports and humanitarian issues.

As Evripides Polycarpou, Chairman of the Board, put it: “Hellenic Bank’s Volunteers Team was created in order to provide support to vulnerable families, to people in need, as well as carry out environmental actions.”

One year on, the Volunteers Team has carried out a number of successful and coordinated actions.

Hellenic Bank’s Volunteers Team instantly swung into action to help address problems arising out of the recent devastating fires in the mountain areas of Limassol and Larnaca. Acting in consultation with the Office of the Ombudsman, the Bank’s volunteers reported to the firefighting coordination centre in Skarinou and got to work, sorting out and distributing cleaning and personal hygiene items for people affected by the fires.

Supporting the victims of the Lebanon blast

Hellenic Bank wasted no time mobilising to support the thousands of people left homeless in the wake of the devastating explosion at the port of Beirut in August 2020. The Organisation’s Volunteers Team became actively involved in the effort.

The volunteers reported to the humanitarian aid management centre set up on the premises of the State Fairs in Nicosia. Among other things, they assisted in sorting and packing foodstuffs that were subsequently dispatched to people in need in Lebanon.

In collaboration with the Health Ministry’s Blood Bank, Hellenic Bank has been carrying out regular blood drives among its staff, taking all necessary safety precautions with regard to the coronavirus. The Volunteers Team as well as employees have responded very well, and turnout at blood drives has been high.

Close to the children and the environment

Our volunteers have been active in embellishing the perimeters of elementary schools. Undertaken in cooperation with the Environment Commissioner, the programme involves the planting of climbing plants on railings in schools across Cyprus. Participation in the programme was selected as part of Hellenic Bank’s Corporate Social Responsibility, falling under the Education and Environment pillars.

The Bank paid for the cost of planting climbing plants on school railings in all districts. Surrounding schools with plants not only makes the schools greener and more friendly, but also dampens the noise from outside, helping pupils better concentrate. The Bank’s team of volunteers played an active part in the planting.

Notably, employees’ interest in taking part in volunteer actions has been growing. The Bank operates a digital Volunteers Portal that highlights the importance of the Volunteers Team and its activities. Employees can access the portal to learn about news and upcoming actions, as well as about various campaigns in which they might wish to participate.

Commenting on the subject, George Sklavos, Hellenic Bank’s Head of Corporate Communications & Branding, said: “Hellenic Bank has an immutable goal to help the community. Volunteer actions are now part and parcel of the Organisation’s Corporate Social Responsibility. It’s worth noting that the pandemic, and the problems it caused to various groups of people, led the Organisation to broaden its community activities. Hellenic Bank is committed to helping our fellow human beings, and the environment, encouraging its staff to get involved with volunteer work.”