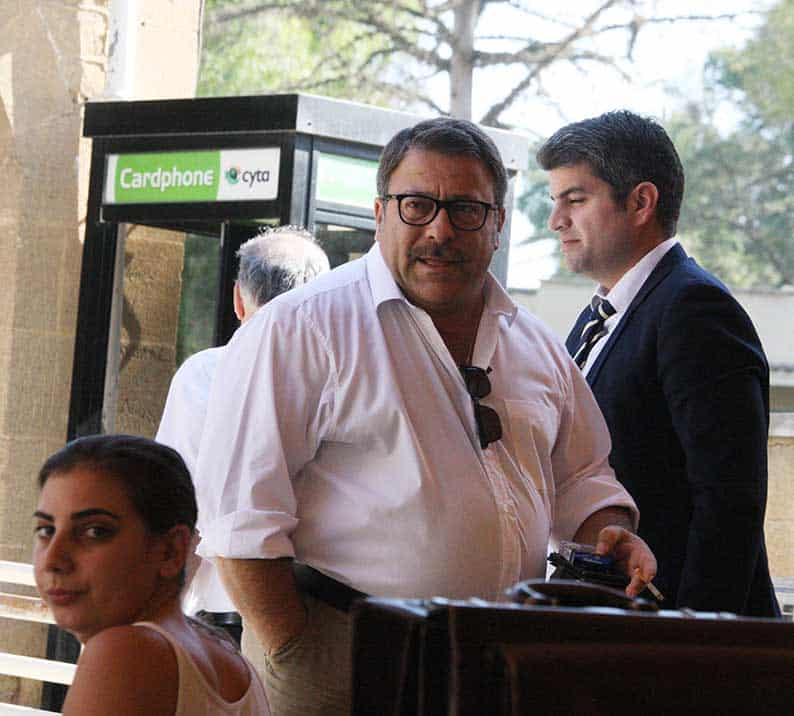 Far right Elam MP Andreas Themistocleous was accused of disrupting a House committee meeting on Wednesday and insulting his colleagues and residents from Pyrgos who were there to discuss matters affecting them.

House education committee chairman, Diko MP, Pavlos Mylonas, censured the Elam MP whose behaviour has caused problems before, saying he planned to report him to the parliamentary committee on standards.

“I want to express my strong displeasure … over the unacceptable behaviour of Elam MP Andreas Themistocleous in the committee once more,” Mylonas said afterwards.

The chairman of the committee said Themistocleous kept interrupting proceedings without permission and offended his colleagues who had toured schools around the island to record their problems.

The committee had been discussing both school issues in general and the specific problems faced by residents of Kato Pyrgos who travel to Nicosia through the north to bring their children to afternoon lessons.

The Elam MP also offended the Pyrgos residents because they used the north.

The journey by car from Pyrgos to central Nicosia takes about an hour and 45 minutes when crossing via the north compared to the roughly three-hour journey without using the crossings – travelling via the mountain route instead.

Mylonas further stated that Themistocleous has a habit of disrupting proceedings which hinders the functioning of the committee and wastes time. It was also said that the Elam MP referred to parliament as a ‘coffee shop’.

The situation appears to have reached boiling point, with Mylonas saying that if it remains unresolved then the committee will not meet again – at least with himself as chairperson.

Mylonas also stated that he has no desire to be the judge or policeman against Themistocleous, neither his psychologist, saying that the committee has much work to press on with and other officials will take up the complaints against the Elam MP.

Coincidentally, House president Annita Demetriou held a meeting with the presidents of the parliamentary committees meeting on Wednesday to discuss procedural issues and was later informed of the latest Themistocleous bruhaha.

The Cyprus News Agency reported that the complaint was lodged against Themistocleous and will follow the same procedure following the fallout from a similar incident earlier this month.

In that incident, he was reported by Green party parliamentary assistant Efi Xanthou for verbally abusing her during a committee meeting.

The issue was taken to the committee on standards, which unanimously agreed that Themistocleous had a case to answer.

It was further reported that they are expecting his answer within seven working days – with possible sanctions including a spoken or written caution, with an apology to the plenary also being an option.

The far-right MP is no stranger to trouble.

Between 2001 and 2016, when Themistocleous was MP with ruling Disy, the Supreme Court had lifted his parliamentary immunity to face trial over repeated traffic violations involving speeding.

After failing to get re-elected with Disy in 2016, he moved to Elam and managed to win a seat in parliament earlier this year.