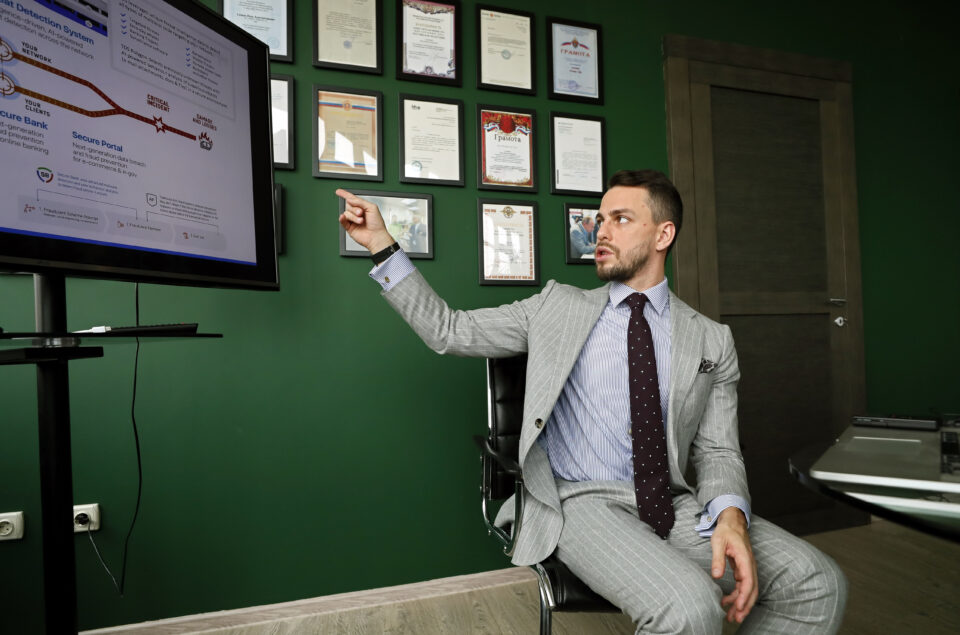 Russian authorities have arrested the chief executive of a leading Russian cybersecurity company on suspicion of state treason, a court said on Wednesday, sending a chill through Russia’s IT and business sectors.

Ilya Sachkov, 35, who founded Group IB, one of Russia’s most prominent cyber security firms, was arrested on Tuesday, the RTVI TV channel reported as law enforcement officers carried out searches at the Moscow offices of the firm.

State news agency TASS cited an unnamed security source as saying Sachkov was accused of working with unspecified foreign intelligence services and of treason that hurt Russia’s national interests. He denied both allegations, it said.

Group IB said in a statement it was sure Sachkov was not guilty of the allegations, but that it was unable to comment further on them. There was no official comment about the case from the security services.

Moscow’s Lefortovo district court said it had ordered Sachkov to be held in custody for two months.

State treason is punishable by up to 20 years in jail. The details of such cases seldom come to light in full because of their classified nature.

More searches took place at the St Petersburg offices of Group IB and other unnamed companies on Wednesday, the RIA news agency cited a security source as saying.

Sachkov is a well-known figure in the business and IT sectors and has also met President Vladimir Putin at least once.

He is the latest in a long series of people, including scientists, soldiers, officials and a former journalist, to be accused of treason in recent years.

Boris Titov, presidential commissioner for entrepreneurs’ rights, called on investigators to disclose information about the case against Sachkov.

The Kremlin rejected the idea the case could hurt Russia’s business climate during a conference call and said it was linked to state treason, not business.

Group IB said the searches at its offices had begun on Tuesday morning, with law enforcement officials leaving that same evening. It said it had no information about why the searches were being conducted.

The RTVI TV channel said Sachkov had been detained on Tuesday, citing a source in law enforcement. An RTVI correspondent also reported that men were dragging things from Group IB’s office to a van parked outside.

Group IB said all services were still running as normal and that the security of client data was ensured by the company’s geographically distributed infrastructure.