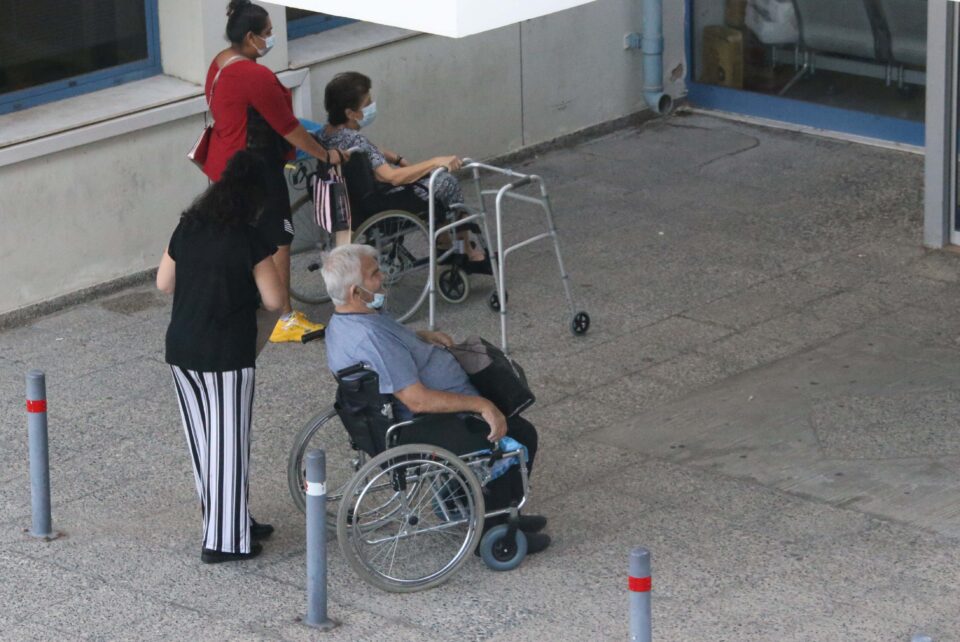 State doctors went ahead with their planned three-hour stoppage between 8 and 11am on Wednesday, threatening to step up measures if their demands are not met.

Members of state doctors’ union Pasyki and doctors who are members of Pasydy went ahead with the stoppage despite a “productive” meeting with Health Minister Michalis Hadjipantelas the previous night.

In a joint announcement earlier in the week, they had accused the state health services (Okypy) – which oversees the running of state hospitals – of “absence, authoritarianism, disrespect and insults” saying the organisation had not honoured their contract with the doctors.

“When a contract is signed, it has to be honoured – otherwise, that’s disrespect,” Pasyki’s president Sotiris Koumas told Alpha TV on Tuesday.

During Tuesday night’s urgent meeting with Hadjipantelas, the unions and health minister agreed on the creation of sub-committees that will be responsible for addressing the doctors’ demands.

At a press conference held during Wednesday’s work stoppage, the unions warned of a further escalation of the measures if the above promises are not kept.

Pasydy general secretary Stratis Mattheou said the unions resorted to the health ministry for help because they are concerned about the way public hospitals are run, which is defined by “indifference” on part of Okypy.

“It is not our goal to inconvenience people. We have been forced to do this to send a message, mainly to Okypy’s board, that there needs to be a change of rota,” he said, adding that the stoppage was a last resort.

The work stoppage affected scheduled doctors’ appointments and operations islandwide, many of which had to be rescheduled.

“The operations that were postponed today are very few compared to those that are constantly postponed as a result of mismanagement,” Pasydy doctors’ spokesman Moysis Lambrou said.

He added that the stoppage was more about Okypy’s approach to decision making, which is “particularly degrading to employees, who feel that decisions are made mainly in their absence”.

“What can I say? That we heard about changes to our evening schedule from the media? That we read in the press that they have prepared a manual for running A&E departments? I dare them to tell us when they informed us,” Koumas had said.

During the press conference, he called on Okypy to prove with actions that it cares about public hospitals, adding that the stoppage was “not a union issue”.

The strike was backed by the Cyprus Medical Association and state nurses’ union Pasyno, but not by the federation of patients’ associations (Osak), who made public its disagreement in a written statement on Wednesday morning that said the decision to strike punishes the patients.

Osak asked the unions for “responsible collective action that does not punish patients or create problems in the operation of public hospitals”, adding however that it shares their concerns about the future of public health in Cyprus.

In response, Lambrou said that “what is inconveniencing the public is Okypy’s style of governance,” which according to him has been affecting patients for way longer than a three hour work stoppage.

“Two years into the pandemic, hospitals should have had a plan for operating for non-Covid treatments,” he said, adding that the public has been falsely led to believe that other patients have disappeared because of Covid.

“No, people continue to get sick and need the care they needed before Covid. We have had enough time to draw up plans that ensure people with serious health issues are properly treated.”

He said that there is no decree – legal, governmental, or moral – saying that Covid patients deserve more rights than those who do not have Covid.