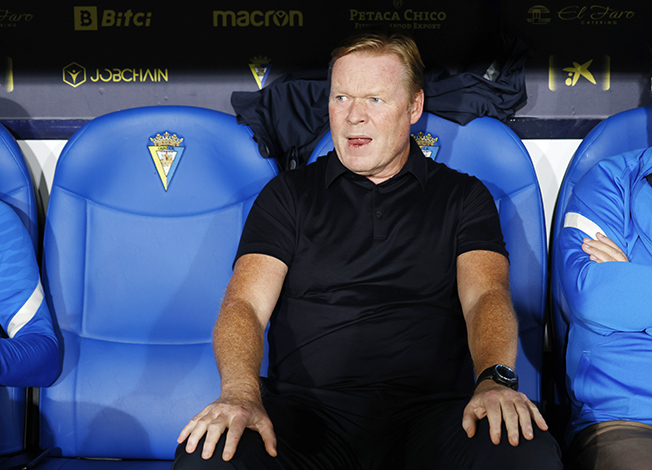 Barcelona coach Ronald Koeman said he was in the dark about his future and had not spoken to the club’s president as the under-pressure Dutchman took a swipe at the club’s hierarchy on Friday.

Barca, who take on Atletico Madrid in LaLiga on Saturday, have won just one of their last five games in all competitions, leading local media to report Koeman is on borrowed time with a host of names being touted to replace him.

While Koeman stopped short of directly criticising the president, it was clear he was not impressed with the situation.

“There’s no need for me to answer (if I think I’ve been disrespected),” Koeman told a news conference.

“Once again the club have said nothing to me. I’ve found out the president was here this morning, but not seen him. I have ears and eyes and I know a lot of things are leaked, I imagine they’re true, but once again I’ve not been told anything.”

Koeman also cited the club’s decision to let Lionel Messi leave in the close season as one of the reasons for their poor form, describing it as the “worst moment” of his tenure thus far.

“I’m fed up of defending myself… We’ve had changes that the club have imposed. One day I’d like to talk clearly and say what I think.”

Dismissing Koeman would likely have financial implications for Barca.

On Thursday they confirmed losses of 481 million euros ($558 million) last season and pay-offs to former coaches Ernesto Valverde and Quique Setien are still to be settled.

To make matters worse, Koeman will be without key midfielder Pedri for the trip to the capital.

The 18-year-old only returned from a thigh problem in Wednesday’s defeat to Benfica and the club confirmed he suffered a similar issue in midweek.

Get someone jabbed against Covid-19 and get a gift token, Swiss say