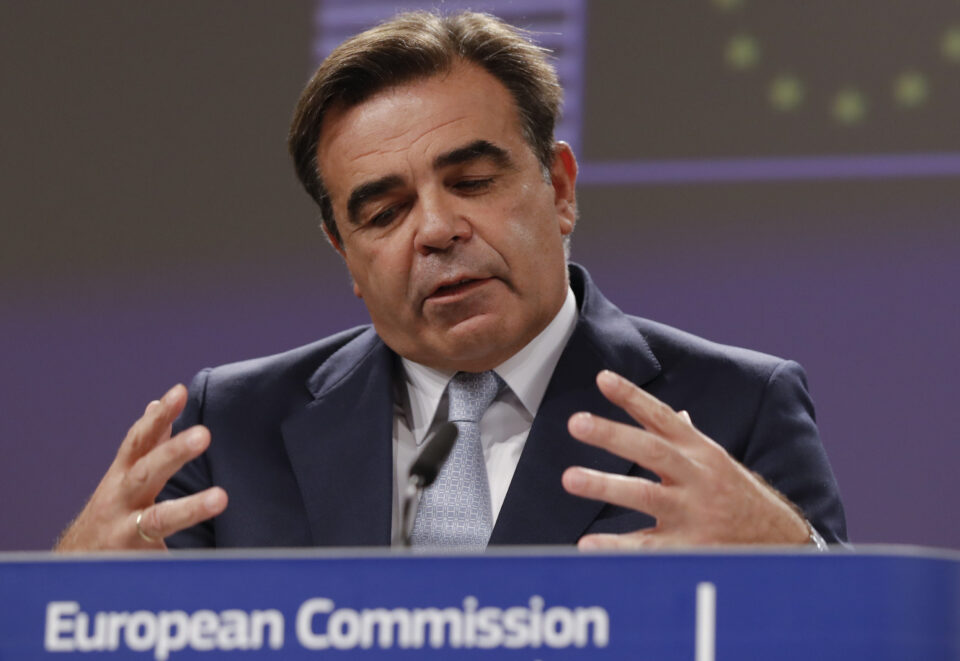 EU Commission Vice-President Margaritis Schinas said on Saturday he would soon be in Cyprus on an official visit to discuss various issues concerning his portfolio.

During his online address at the Cyprus Forum conference that took place in Nicosia, Schinas referred to a new, modern, different, sustainable Cyprus that plays a central role in regional peace and prosperity and in all EU processes in general.

“It is a common goal to strengthen this role in the years to come,” he said.

The Cyprus Forum conference’s theme was ‘Launching a New Sustainable Horizon: Cyprus 2040’ and is hosting prominent figures from the public and the private sector.

A key anchor in the European future of Cyprus would obviously be the new European fiscal tool, Next Generation EU, with total resources of €750 billion and the newly established Recovery and Resilience Facility, he said.

He added that the €1.2 billion allocated to Cyprus from this fund will be channelled for investments and reforms in five key areas, which “I believe, will make a difference, based on the national plan ‘Cyprus, tomorrow’ which we approved last July.”

Schinas said that it is a pilot project, with 133 projects, worth about 5 per cent of the country’s annual GDP. Around 40 per cent of the project’s resources, he added, concern the green transition and 23 per cent digital transformation. The plan, said Mr Schinas, will help Cyprus to prepare for these important global economic revolutions that are coming very soon.

He said this was a plan prepared by the Cypriot government for Cyprus, which he said, was a “historic opportunity for the transformation of the economy and society.”

Schinas also said he would be in Cyprus soon for discussions across the whole range of his portfolio. This includes coordinating the Commission’s work on a New Pact on Migration and Asylum and issues concerning security, health, skills and education.

House president Annita Demetriou, in her own address to the conference, said that the organisation of the Cyprus Forum under the auspices of the House of Representatives for the second consecutive year “confirms the great importance parliament attaches to the strengthening of civil society and active citizenship, as integral elements of participatory democracy”.

Referring to the pandemic, Demetriou said the crisis has highlighted the urgent need for a radical overhaul of Cyprus’ development model.

“The linear economic model that leads to the depletion of natural resources and the degradation of the environment is now insufficient and extremely harmful,” she said, adding that there is urgent need for businesses and consumers to move to more sustainable production and consumption models.

“Applying the principles of the circular economy is crucial to achieving the EU’s goal of climate neutrality by 2050.”

Demetriou also referred to the need to address the under-representation of women, that make up 52 per cent of the electorate, in the decision-making centres.

“The fact that women are under-represented, shows that gender stereotypes and patriarchal prejudices are deeply ingrained in party structures and society in general and make women’s electability more difficult,” she added.

Demetriou said meeting the challenge of balancing family and professional life was a matter of priority for the House of Representatives and for her personally.

The Cyprus Forum is an independent, not-for-profit conference, organised by Oxygono, in association with the Delphi Economic Forum and Zenox Public Affairs as communications partner.

Its goal is to help improve and promote sustainable and socially responsible policy in Cyprus and the wider Eastern Mediterranean region by bringing together local and foreign political leaders, prominent figures from the public and the private sector, the media, academia and civic society to initiate dialogue, exchange ideas and find new and creative solutions to key public policy issues.

Coronavirus: Boosters for those over 80 from Monday

Coronavirus: Free rapid testing sites for Sunday for those eligible