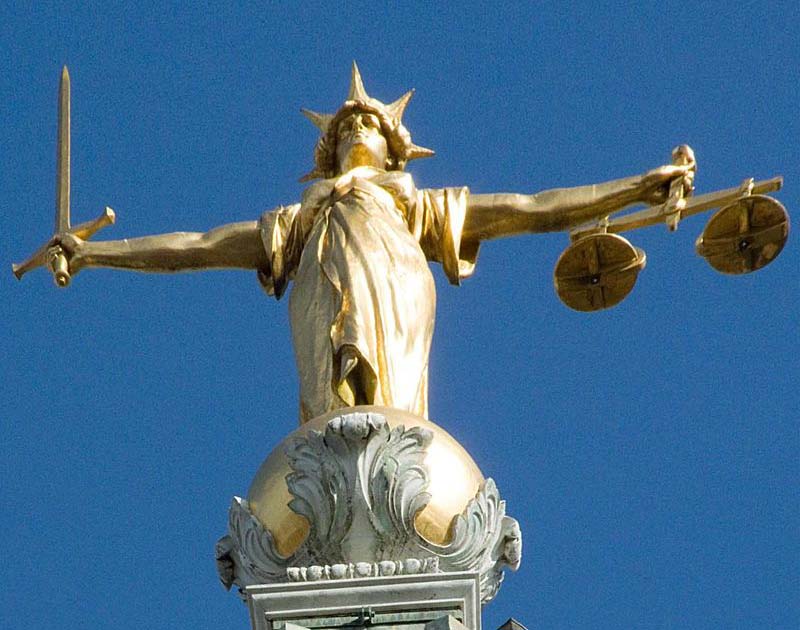 Lady Justice statue on top of the Old Bailey in London

A friend emailed last week after reading my column about the candidature of the human rights lawyer Achilleas Demetriades for president to remind me of the line in Shakespeare’s play King Henry VI that what people really want to do metaphorically is “kill all the lawyers.”

His point was that lawyers are loathed for their stranglehold on Cypriot society and the thought of another lawyer as president is anathema to most people in Cyprus.

In the scene my friend was quoting from, Shakespeare is making fun of the renegade Jack Cade who is being manipulated by the Duke of York on a dummy run coup to replace the King. Cade is addressing a low life rabble and boasts noble lineage which is accompanied by asides from a low lifer called Dick who ridicules Cade for telling fibs about his background.

Dick then heckles Cade about what should happen when they assume power: “The first thing we do, kill all the lawyers,” Dick shouts. Cade agrees and says he would kill not just the lawyers but anyone who can read and write.

Viewed in context Shakespeare is actually paying a backhanded compliment to lawyers for their penchant for the rule of law as a bulwark against anarchy. The truth is he loved the legal profession and even performed some of his plays in the Inns of Court, where barristers eat their dinners, drink wine and talk law much as they did in Shakespeare’s day. And lawyers love him back for his unique understanding of human nature blended with his poetic use of the English language that resonates across the centuries that lawyers use in the court room dramas they experience all their professional lives.

The reputation of lawyers suffers not least from the nature of the work they do. Many people who need the services of a lawyer feel they should not be having the legal problems they face in the first place, and it rankles no end having to pay for legal representation on top.

Nevertheless, in Cyprus and elsewhere there are legitimate complaints against lawyers for fudging the likely outcome of cases, excessive cost, bad value, unnecessary adjournments and delays, complicating simple problems, creating satellite litigation and too much legal speak, over and above the self-serving stranglehold they have in parliament and the courts.

There are also ethical misconceptions about the nature of the role of the advocate. People frequently ask lawyers how they can defend murderers and rapists and why they try so hard to get them off. To which the answer is very simple: every person charged with a criminal offence is presumed to be innocent until the contrary is proved and the contrary is not proved simply because a person is charged with an offence.

Barristers operate under the cab rank rule. They have to take a case within their competence if they are free to do so however unpalatable the case. My heart goes out to Sarah Everard and her family for the pain and torture inflicted on them by Wayne Couzens, the policeman who kidnapped, raped and murdered her and who was sentenced in London last week after pleading guilty.

Couzens had to be represented, and the cab-rank rule ensured that the judge heard counsel on his behalf. In the end Lord Justice Fulford imposed a whole life sentence, but he did this after hearing all that could be said on Couzen’s behalf in mitigation by his Queen’s Counsel at public expense – not an easy task but someone had to do it.

However, where an accused is charged with say murder or rape and instructs his barrister he or she is not guilty, the barrister has a duty to defend the case fearlessly without regard for his or her own interests and to do so with as much skill as he or she can muster.

But lawyers also have duties to the court, including a duty not to mislead the court and to comply with court rulings as well as to be fair to witnesses who appear before it. They cannot bully or comment adversely on a witness’s testimony or impugn their credibility unless they give the witness an opportunity to comment on it.

Finally, when arguing points of law advocates do not just draw the court’s attention to case law that supports their case but where their opponent is unrepresented, they have a duty to draw the court’s attention to case law against their case. Where their opponent is represented, the duty is less acute but is still subject to the overall obligation not to mislead the court.

There are different kinds of lawyers. Broadly they fall into four types though there is a degree of overlap: lawyers in private practice, members of the judiciary, academics and employed lawyers including those in government service. Those in private practice divide into trial advocates and those who prefer to stay in the office. In the old days some barristers in England also moonlighted as legislators; they would return to chambers in the Temple after court and then walk along the embankment to parliament – the most exclusive club in London.

Times have changed and parliament’s sitting hours no longer suit barristers’ hours and there are fewer of them in the chamber, though some still make their presence known sending a chill down the spine of wayward politicos.