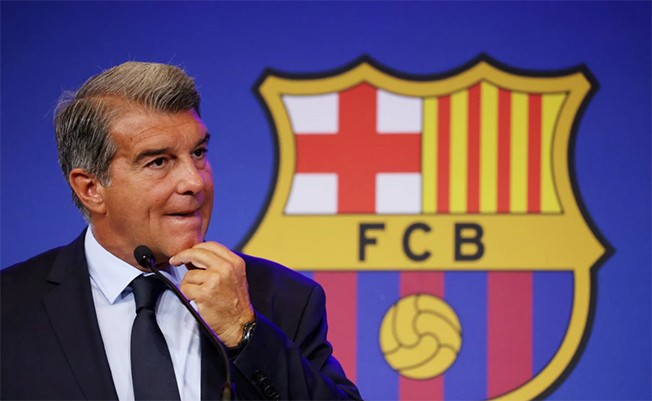 Barcelona’s CEO has said the club supported the European Super League to enforce tighter financial controls on teams as UEFA’s financial fair play (FFP) model plays into the hands of state-backed clubs such as Paris St Germain and Manchester City.

UEFA launched the FFP regulations in 2009 to aim to stop clubs running big losses through spending on players although the organisation relaxed the rules following the COVID-19 pandemic, removing the obligation to break even https://www.reuters.com/lifestyle/sports/psgs-signing-messi-rekindles-debate-uefa-ffp-rules-2021-08-12.

The rules came under scrutiny following Qatari-backed PSG’s transfer activities last summer, in which they signed Barca’s all-time top scorer Lionel Messi as well as Sergio Ramos, Gianluigi Donnarumma and Georginio Wijnaldum on free transfers while paying huge wages to beat their rivals to the players.

Barca, by contrast, are in debt to the tune of 1.35 billion euros ($1.56 billion) were forced to slash their wage bill this summer due to LaLiga’s far stricter financial regulations. They have been allocated a maximum budget https://www.reuters.com/article/uk-soccer-spain-spending-idUKKBN2GP1AS of 98 million euros for this season, a huge drop from 347 million last campaign.

“For us the Super League was about creating a more attractive competition oriented around the issue of FFP. We have to make a deep reflection on what happened this summer,” Ferran Reverter told a news conference on Wednesday.

“UEFA is opening the door for clubs to inject money and the spending ratios are going wild. Along with LaLiga, we believe in a more sustainable model. If UEFA keeps going down this path it will favour the state clubs while damaging Barca’s brand.”

UEFA did not immediately respond to Reverter’s comments.

“It is time to question the old ways and the traditional measures,” he said. “It is now time to seriously work together to put in place a true direct cost control system.”

British newspaper The Times said in August UEFA was looking into setting a salary limit capped at 70% of club’s revenue while being able to exceed the limit if paying a luxury tax.

Barcelona, Real Madrid and Juventus are the only remaining supporters of the Super League, which was announced in April but quickly unravelled following the withdrawal of the six English clubs and then Atletico Madrid, AC Milan and Inter Milan.