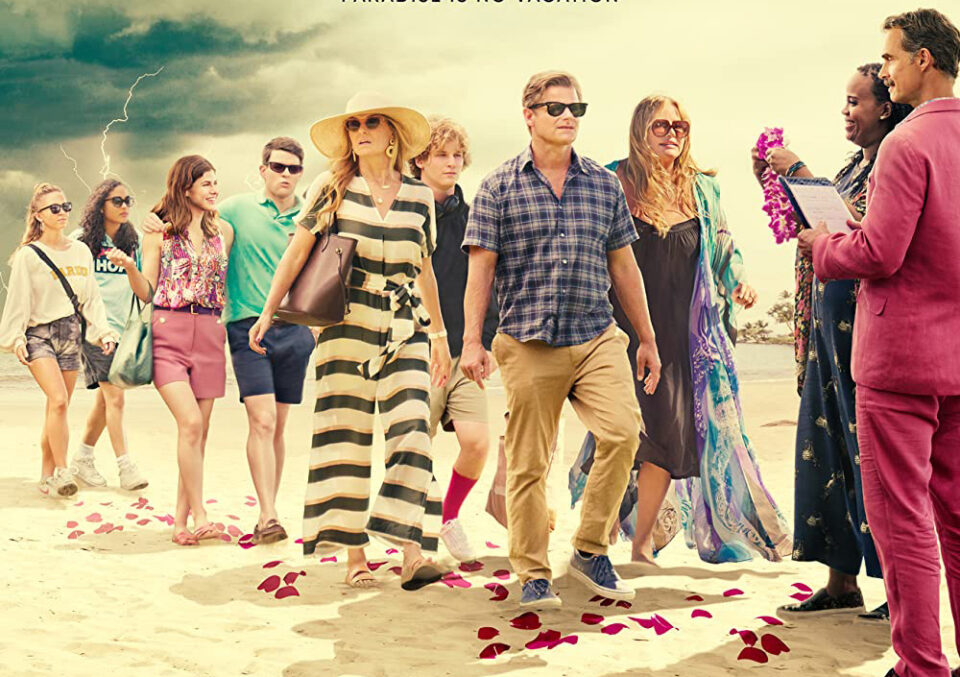 There is no doubt that HBO’s The White Lotus is one of the best TV shows of the season. It would be pointless to try to characterise this seven-episode show as a comedy or a drama, although at its core it is equally funny and dramatic.

The story revolves around the adventures of vacationers at a luxury resort in Hawaii. The word ‘white’ in the title is a pointed reference to the show’s criticism of white privilege. An alternative title could have been The Survival of the Whitest, as everything foretells that the show will soon turn into a deep and raw struggle for survival between the characters.

From the breathtaking orange cinematography which functions as an underground fire that burns slowly, the silky wrapper of the privileged protagonists’ lives to the creepy musical investment of Chilean composer Cristobal Tapia de Veer, it is obvious that if we were talking in dantic terms, ‘hell’ would definitely be more appropriate than ‘comedy’ to describe the plot.

If at some point you wish all this to end with an optimistic message, with a personal revelation against plutocracy and white supremacy, I deeply regret to inform you that such a thing will not happen.

When the invisible hand of wealth is offered to some of the show’s protagonists to get them out of the unbearable destiny of the middle class, despite their initial hesitations, they will grab it, and every revolutionary mood will be swept away by the hermetic waves of Hawaii. Ruthless pragmatism.

As for the performances, they stand to run for numerous awards in coming ceremonies. Jennifer Coolidge as the melancholic Tanya battling to get rid of her mother’s ashes is the series’ greatest asset, while Connie Briton achieved the most accurate sharp portrayal of a highly successful but reckless woman.

And while a second season is already confirmed, based on a different context, from the comfort of your sofa, you can choose a character or a first-world problem and identify yourself in it. Excellent TV shows can sometimes lead to self-criticism. Why not?