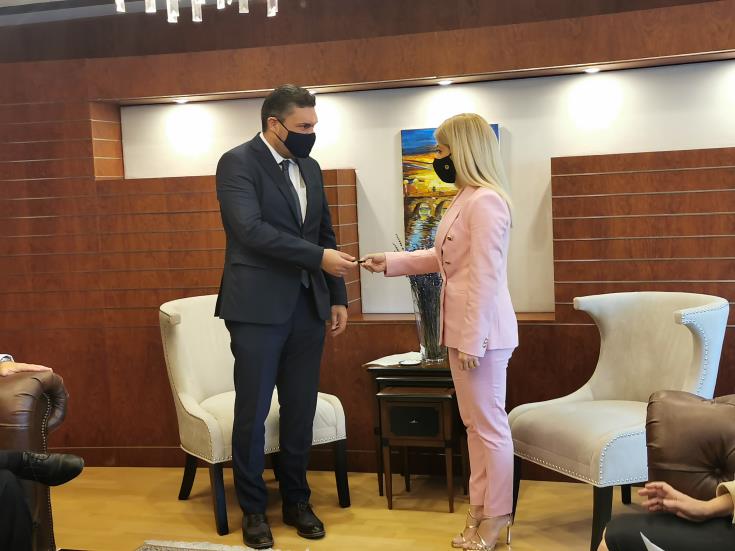 The 2022 state budget will feature a significant fiscal correction, after two years of high deficits, said finance minister Constantinos Petrides, while handing it to the President of the House of Representatives, Annita Demetriou.

According to Petrides, the government deficit was estimated to go down to 1.5 per cent of GDP in 2022, a big drop from this year’s estimate of 5.1 per cent and last year’s 5 per cent.

He attributed the high deficits of the past two years to the increased state spending aimed at supporting the economy during the pandemic and the fall in tax revenue caused by the slowing down of business activity.

“We need this fiscal correction in order to protect public finances, which is what gave us the ability to support the economy and workers with all of our might at a time of crisis and avoid total collapse,” Petrides said during a press conference.

However, Petrides explained that the projected growth rate for 2022 is directly connected to the absorption of the €1.2 billion provided by EU recovery plan funds.

“The new state budget includes all provisions related to the recovery plan, which we consider as being in full alignment with the development model we have designed,” the finance minister said.

He was optimistic that last year’s experience, when the government could not muster a majority to get the budget through parliament would not be repeated. It eventually secured a slim majority in February. Asked whether this could be repeated this year, he said:

“No one wants to repeat last year’s incident, neither the government nor the other political parties, I think. I am confident that we will return to a smoother understanding just like it was from 1960 onwards and this is the spirit that I now see from the parties.”

The suspension of EU deficit rules will remain in effect until the end of the next year. Deficit guidelines were temporarily suspended to help EU member states deal with their pandemic-stricken economies. However, the government decided to put public finances in order before then.

“This is a conscious decision since it is not solely about what we are allowed to do,” said Petrides. “We view this as a matter of political responsibility and management of the economy,” he added.

Meanwhile, house speaker Annita Demetriou said that next year’s state budget was “perhaps the most important one after having experienced the crisis stemming from the pandemic”.

“We need to meet the objectives of the EU Recovery and Resilience plan,” Demetriou said and vowed that “the house, myself and all parliamentary committees will work tirelessly towards that goal.”

Next year’s state budget will be discussed at the legislature over the next two months and be put to the vote before the end of December.