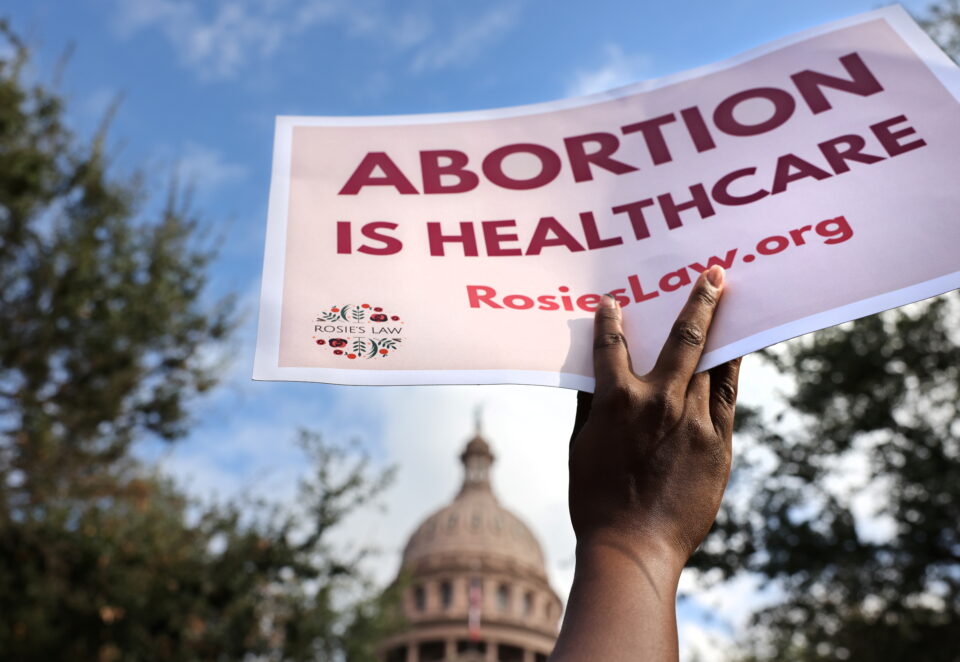 A federal judge temporarily blocked a near-total ban on abortion in Texas, the toughest such law in the United States, following a challenge from President Joe Biden’s administration after the U.S. Supreme Court let it proceed.

The action by US District Judge Robert Pitman in Austin prevents the state from enforcing the Republican-backed law, which prohibits women from obtaining an abortion after six weeks of pregnancy, while litigation over its legality continues.

The case is part of a fierce legal battle over abortion access in the United States, with numerous states pursuing restrictions.

“This Court will not sanction one more day of this offensive deprivation of such an important right,” Pitman said in the ruling.

The ink was barely dry on Pitman’s order before Texas notified the court it intends to appeal the ruling to the conservative-leaning Fifth Circuit Court of Appeals, setting the stage for the next phase of the legal battle.

“Tonight’s ruling is an important step forward toward restoring the constitutional rights of women across the state of Texas,” White House press secretary Jen Psaki said in statement late Wednesday. “The fight has only just begun, both in Texas and in many states across this country where women’s rights are currently under attack,” she added.

Biden’s Justice Department sued Texas  and sought a temporary injunction against the law, arguing during an Oct. 1 hearing that the measure violates the U.S. Constitution. The U.S. Supreme Court on Sept. 1  let the law take effect in a 5-4 vote powered by conservative justices.

At six weeks of pregnancy, many women do not yet know they are pregnant. The law makes no exceptions for pregnancies caused by rape or incest. It also lets ordinary citizens enforce the ban, rewarding them at least $10,000 if they successfully sue anyone who helped provide an abortion after fetal cardiac activity is detected. Critics of the law have said this provision enables people to act as anti-abortion bounty hunters.

The Justice Department argued that the law impedes women from exercising their constitutional right to terminate a pregnancy that was recognized in the Supreme Court’s 1973 Roe v. Wade decision that legalized abortion nationwide. The department also argued that the law improperly interferes with the operations of the federal government to provide abortion-related services.

U.S. Attorney General Merrick Garland lauded the ruling as a “victory for women in Texas.”

“The relief granted by the court today is overdue, and we are grateful that the Department of Justice moved quickly to seek it,” Planned Parenthood CEO Alexis McGill Johnson said in a statement.

Whole Woman’s Health, which has four clinics in Texas, said it was making plans to resume abortions up to 18 weeks “as soon as possible.”

Texas Governor Greg Abbott, a Republican, has defended the legality of the state’s abortion law, with this office saying in a statement: “The most precious freedom is life itself.”

Pitman heard about three hours of arguments https://www.reuters.com/world/us/biden-administration-urge-halt-strict-texas-abortion-law-2021-10-01 on the Justice Department’s request. Justice Department attorney Brian Netter called the law an “unprecedented scheme of vigilante justice” that must be struck down.

U.S. conservatives have long sought to have Roe v. Wade overturned. The Supreme Court on Dec. 1 hears arguments in a separate case involving a Mississippi law that bans abortions after 15 weeks of pregnancy. Mississippi has asked the high court to overturn the 1973 precedent.

At least 20 killed in earthquake in southern Pakistan