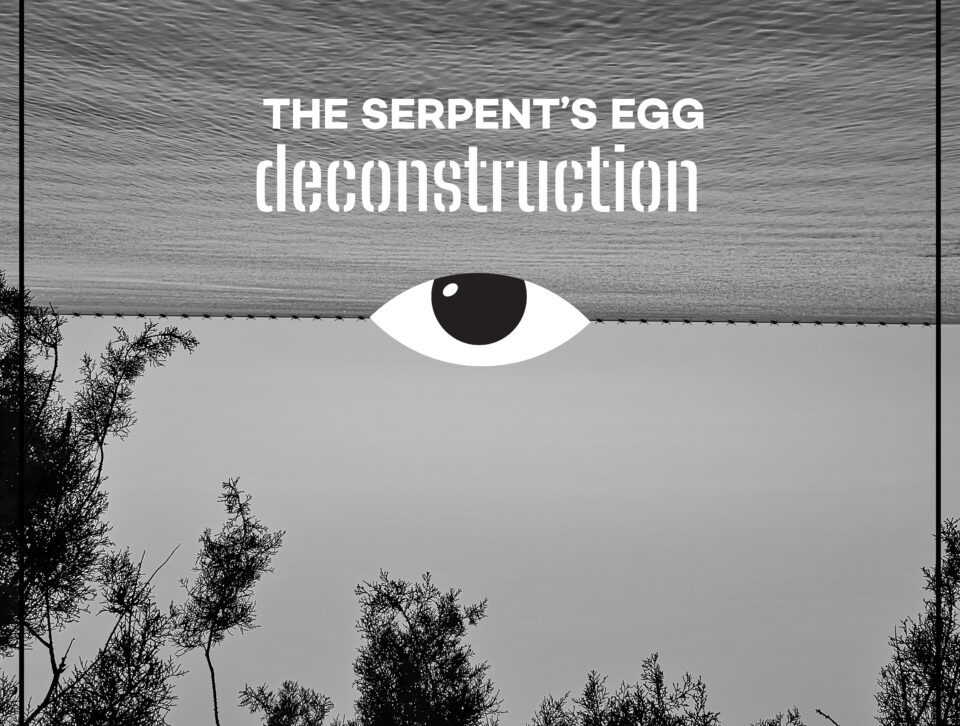 The artistic projects of this year’s Buffer Fringe Performing Arts Festival explore the theme of displacement, and this Saturday an interactive audio-visual installation will be set up opposite the Home for Cooperation: the Serpent’s Egg Deconstruction. Artist Twenty-Three, researcher Elena Vasiliou and Andreas Economides with a music technology background raise questions about the practices of displacement.

Their installation, which will be on from 10am to 10pm, draws inspiration from Bergman’s movie The Serpent’s Egg (1977). It is set up in the form of audio-visual material from interviewing Cypriot refugees and immigrant communities. These blended stories seek to contribute to the temporary deconstruction of the identity of an immigrant as the ‘enemy’.

“Having the above in mind,” says the creative team, “we present an audio-visual installation with material we gathered through a process of interviewing people with relocation and displacement experiences. We interviewed six people; a person who is a Turkish Cypriot, born in Limassol but went to the north and now moved back to the Republic, a person who is a Greek Cypriot was born in Famagusta and took refuge in Limassol and Larnaca, one person from Yemen, one person from the Congo, one person from Syria. Their interviews are the material on which the installation will be based.

“These individuals shared with us their experiences which are better understood in a spectrum rather than in a binary, their experiences had a complexity that is important to record: they talked so much about racism and the ways in which the system categorises them as second-class individuals but also talked about how they tried to find alternatives to tackle institutional violence and prejudice. Individuals or communities who, either institutionally or as ordinary citizens, stood in solidarity with them had an important place in their narrative.”

Their project is a co-created experimental approach, situated within public space that focuses on immigration by exploring immigrant visual languages and narratives through an interactive soundboard. The installation raises questions about practices of displacement and human agency in the current socio-political situation in Cyprus as well as exploring how migrants are forced to transform their modes of being through displacement. The Serpent’s Egg Deconstruction aims to delve into the tales and practices of immigrants and explore the ways that we view displacement in regards to citizenship, memory, history, ethnicity and co-existence.

Funding for proposals to measure the impact of counter-trafficking programmes