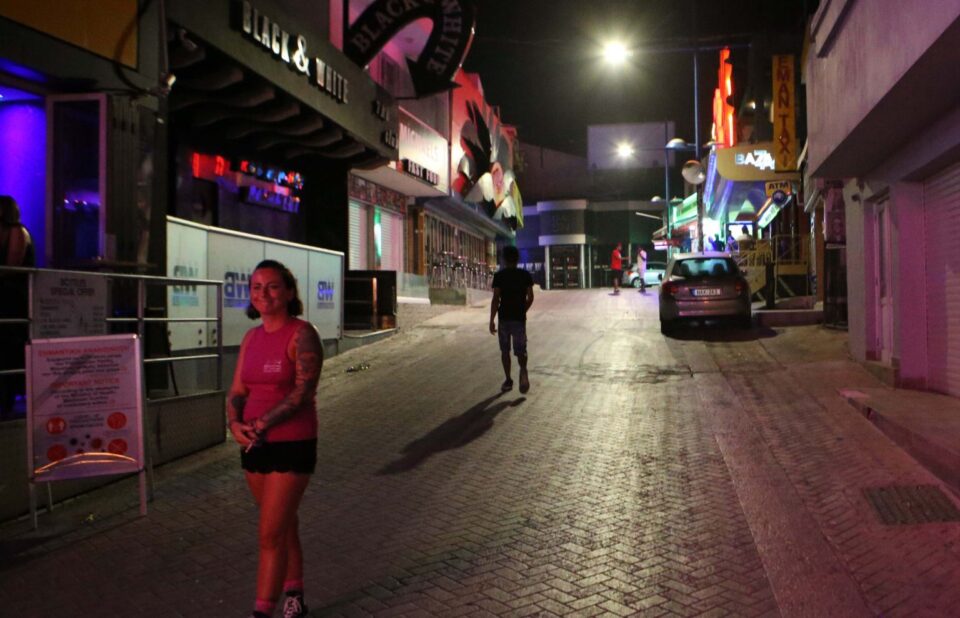 File Photo: A deserted street outside the black and white nightclub in Ayia Napa last summer

Small family businesses in Ayia Napa are being driven to closure and even bankruptcy due to the dire financial situation they are in as a result of the coronavirus pandemic, Ayia Napa mayor Christos Zannettou said on Tuesday.

“This year’s flow of tourists was beyond everyone’s forecasts and expectations, which was encouraging because it helped businesses and people in keeping their jobs,” Zannettou told CNA.

He said that in Ayia Napa several businesses especially the ones located towards the mainland, rather than the coast, rely on young people to survive.

“Since young visitors are mainly represented by the British market, which had enormous difficulties in coming to Cyprus, small businesses have barely worked in the past year,” he said.

“As a result, many of these businesses are risking permanent closer and, in the most serious cases, bankruptcy. The government should look at this issue and support these businesses, which work on a seasonal basis both in Ayia Napa and the entire Famagusta district,” Zannettou said, adding that 90 per cent of the economic revenue in the area stems from the tourism industry.

On the other hand, he said he is positive that next year will turn out to be better for local businesses.

“If the situation keeps improving like it seems to be, 2022 will be a good year in terms of tourism. But first, the government needs to support those businesses that have lost almost everything since the start of the pandemic,” the mayor said.

Regarding the projects which are expected to be implemented in Ayia Napa to boost the operation of local businesses, Zannettou said that “within days a redevelopment project of the central Tefkrou Anthia Street is expected to begin.”

“This is only one of the many plans we have in mind for Ayia Napa. Along with some state help, they should help locals in keeping their businesses alive, while waiting for next summer,” Zannettou concluded.

Travel is back says easyJet, bookings at 70 per cent of pre-pandemic level