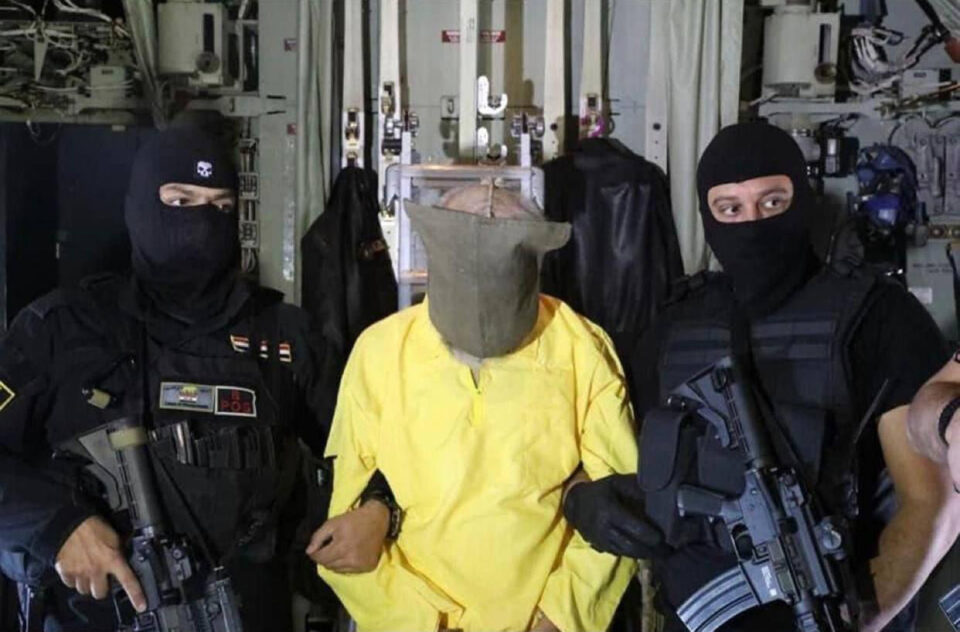 Turkish intelligence helped Iraq capture a senior Islamic State leader who had been hiding out in northwestern Syria, three security sources said on Tuesday, in an operation that points to closer cooperation against remnants of the jihadist group.

Iraq announced on Monday that its security forces had captured Sami Jasim, an Iraqi national, in what it described as “a special operation outside the borders”. It did not give details on when or where he was seized.

Jasim is one of the most senior Islamic State leaders to be taken alive. He was a deputy to Islamic State’s founder Abu Bakr al-Baghdadi, killed during a U.S. raid in 2019 in Syria’s northwest, and a close aide to its current leader Abu Ibrahim al-Hashemi al-Quraishi, the Iraqi government said.

A senior regional security source and two Iraqi security sources told Reuters that Jasim had been in northwestern Syria and that Turkish intelligence had been key to his capture. The sources spoke on condition of anonymity because they were discussing covert operations.

Officials in the Iraqi and Turkish governments declined to comment on the sources’ accounts of Jasim’s capture.

Closer cooperation between Iraq, from where many Islamic State leaders came, and Turkey, which has influence in northern Syria, could help tighten the noose on remnants of the jihadist group, even after the U.S. military has reduced its presence in the region.

Northwestern Syria is the last major bastion of insurgents who have been fighting Damascus. Turkey holds big sway in the area having sent in troops in a series of incursions beginning in 2016, and also backs some of the rebels there who are fighting President Bashar al-Assad’s forces.

The senior regional security source said Jasim was in northwestern Syria when he was caught with help from local security forces – an apparent reference to Syrian rebels. The two Iraqi sources said he was detained in Turkey shortly after being lured over the border.

One of the Iraqi sources said Iraqi intelligence agents had been tracking Jasim for months. Information from an Islamic State prisoner detained last year had contributed to his capture, the second Iraqi security source said.

The sources declined to give further details including when Jasim was captured, saying this would risk future operations.

His capture could yield significant intelligence about the remnants of the Islamic State group which was driven from its cross-border “caliphate” in Syria and Iraq years ago but still carries out attacks in both countries.

Jasim had been flown to Iraq from Turkey in a military plane, the two Iraqi security sources and an Iraqi military source close to the Iraqi military aviation service said.

One of the Iraqi sources shared a photo they said showed Jasim being brought to Iraq on the plane. It showed a person in a yellow jumpsuit, their face covered, being escorted from the plane by Iraqi security personnel in balaclavas. Reuters could not independently verify the authenticity of the image.

Asked by Reuters on Monday about Jasim’s capture, the U.S.-led coalition said it would not comment on specific operations but applauded Iraqi forces that “regularly lead and conduct destructive blows to the remnants” of Islamic State.

According to the website of the U.S. Department of State’s counter-terrorism rewards programme, Rewards for Justice, Jasim has been “instrumental in managing finances for ISIS’s terrorist operations”. The United States had offered $5 million for information on Jasim.

“The Iraqis will be trying to ascertain as much as they can about the networks and links he had in Iraq and across borders. They will be very interested in fundraising in particular,” said Raffaello Pantucci, a senior associate fellow at the RUSI security think tank.

Islamic State’s cross-border “caliphate” once spanned a third of Syria and Iraq, inspiring affiliates including one in Afghanistan. But the group was steadily beaten back in Syria and Iraq by local forces helped by the U.S.-led coalition.

Oxi Day parades to go ahead, with SafePasses