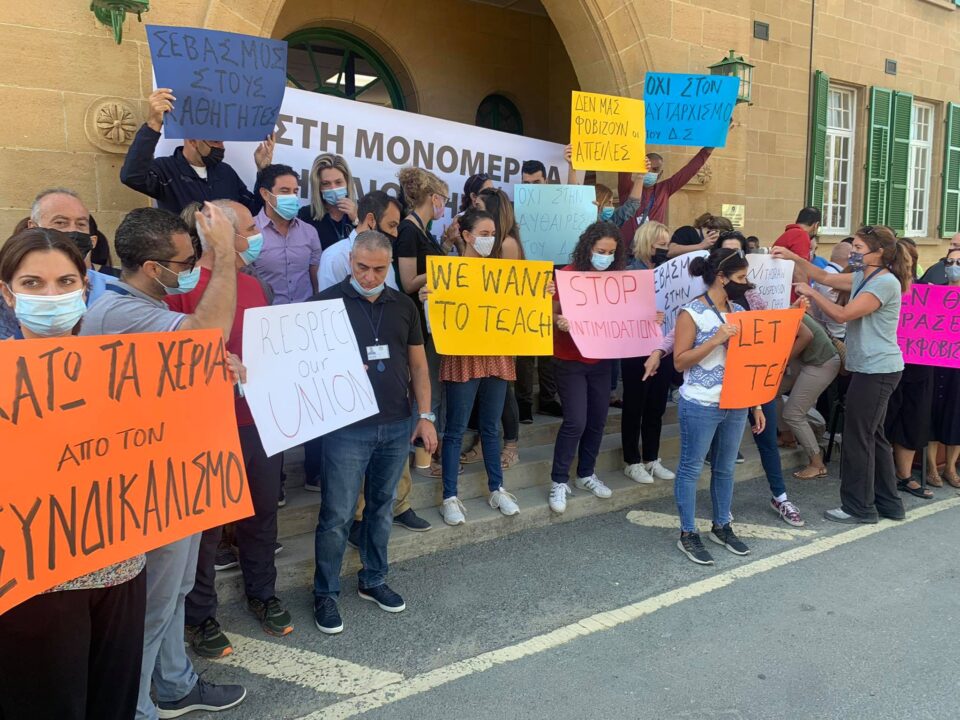 The English School’s pupils will be the ones paying the price if the quarrelling staff union (ESSA) and board cannot reach a conclusion, the House education committee said on Wednesday.

The two sides agreed to enter a dialogue after unresolved issues led to two tumultuous weeks punctuated by recurring stoppages and an indefinite strike on behalf of the staff earlier this month.

A meeting has been scheduled with the labour ministry for October 21.

Teachers went on strike as ESSA head Myrto Hassapopoulou was set to be dismissed, after she allegedly used the school email system to send unauthorised correspondence to parents in a bid to detail the union’s unmet demands.

The union and board had been at odds over a number of issues, mainly to do with teacher contracts, which indirectly relate to the school’s legal status, which committee chair Pavlos Mylonas called “an oxymoron, as it is neither private nor public”.

While in 2007 the Supreme Court ruled the school was part of private education, it is still regulated by a special legislation dictating that its management and maintenance are responsibilities of the state as of 1969, when the latest amendment to the relevant legislation was made by cabinet.

The school’s board of management is appointed by the government for this purpose.

The fact is that a portion of the school’s yearly income is paid by the taxpayer, Mylonas said, and while the Supreme Court’s decision must be respected, “if the two parties cannot sit down in good faith to discuss the issues at hand, pupils will remain the victims of this conflict”.

George Karoullas of Disy called for cooperation between the two sides, for the benefit of the children and “ensure the circumstances they deserve in such an historic school”.

Akel’s Christos Christofides delivered a similar message, calling on the board and President Nicos Anastasiades to take responsibility for managing the crisis at the school.

As one of the first parties to voice support for ESSA’s strike action, he reaffirmed Akel’s opinion that the board “attempted in an authoritarian way to criminalise the sacred right to unionise and pressure staff into a regime that does not belong in a 21st century democratic, European Cyprus.

“We cannot call it a private school if it gets tens, if not hundreds of thousands of euros in state funding,” independent MP Andreas Themistocleous said.

Dipa’s Alecos Tryfonides said that there is no room in civilised societies for unilateral management practices that undermine teachers, suggesting reforms to the legal framework surrounding the school.

The two sides must “continue their dialogue constructively to find solutions to their issues, always keeping in mind pupils’ education and progress”, he said.