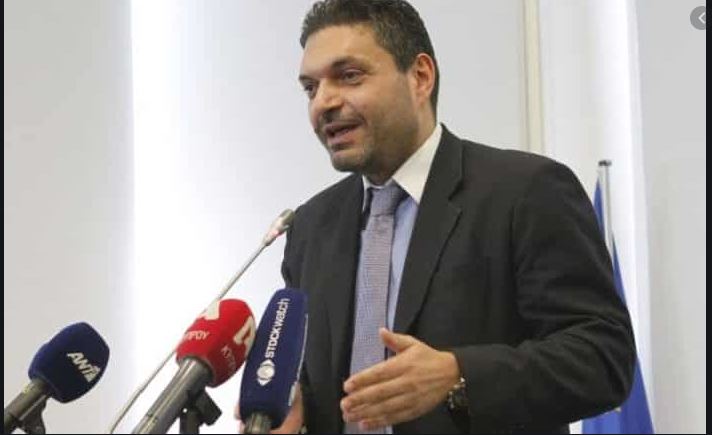 Finance Minister Constantinos Petrides voiced concern on Thursday over the risk to the economy from rising prices but said that inflation is currently viewed as transient.

Speaking to reporters on the sidelines of the presentation of the annual report of the economy and competitiveness council, the minister noted that inflation has still not risen to levels of the past and was still considered transient.

But given that there may eventually be knock-on effects — such as higher interest rates to rein in inflation—there could be consequences on the market and on public debt.

“In order to stay a step ahead of these risks we must have a policy that leads to a reduction in public debt because you never know how things will be tomorrow,” he said.

Things change from day to day, and nothing should be taken for granted he noted, adding that no-one, not even the larger countries had foreseen the rise in energy prices.

Rising prices are an international phenomenon and were attributed to the weather and the interruption in the supply chain because of the pandemic which has still to normalise. Higher energy prices were due to lower supplies of natural gas from some suppliers such as Russia.

Canada’s grain production for example was down by 40 per cent this year because of the weather, while there had been similar crises with grain prices in 2008 and 2011, he added.

It certainly causes an upheaval but is due to exogenous factors and the agriculture ministry was studying measures to help livestock farmers, he said.

Given that has been an extended period of deflation, there was bound to be inflation at some point, while the Covid crisis – and other factors – also played a role.

Asked about the EU Commission’s package of proposals to curb increases in energy prices and whether the government was planning some targeted measures, he said that it has already been decided that electricity will be subsidised through the EAC for four months as from November, and previously last year during the pandemic.

“The European Commission has said that we can do this, and most countries have not. Cyprus has subsidised the price through a public organisation, which pays a social dividend and not through the permanent fund,” he said.

Cyprus had chosen to lower electricity prices through the EAC’s reserves which could be more effective than options taken by other countries, he said when asked whether the government was considering adopting measures proposed by the Commission such as financial support for consumers, lowering taxes or suspending bills.

Green growth and green taxation would also push up fuel prices, he noted.

“The green transition is not easy; it will carry a cost for consumers and that is why the EU’s planning must be as careful as possible.”