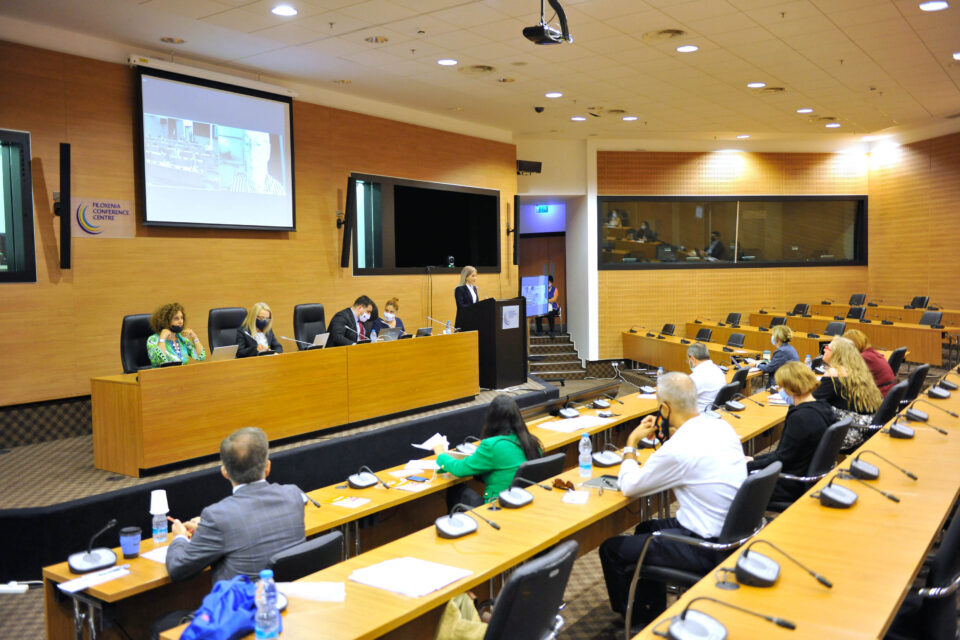 Officials are putting the final touches to a draft bill on gender identity – a revamp of a previous version that was drafted in 2019, Law Commissioner Louisa Christodoulides Zannettou told a round table discussion held in Nicosia on Friday.

Cyprus lags other Council of Europe states on gender identity legislation but hopes to make up ground with what Zannettou described as a “fairly pioneering” bill in that it provides for legal recognition of gender identity without requiring prior psychological diagnosis or medical intervention.

But a Council of Europe official told the meeting that the bill did not satisfy the organisation’s standards “one hundred percent” but can be improved through dialogue and the expertise that the CoE will be offering Cyprus.

The bill is a revised version of one drafted under the justice ministry. Since 2019, the issue has moved into the competence of the interior ministry, something which Zannettou said gave scope to introduce in the text more comprehensive details as to the procedure to be followed.

Organised by the sexual orientation and gender identity unit of the Council of Europe, the law commissioner and President Nicos Anastasiades’ advisor on multiculturalism, acceptance and respect for diversity Costas Gavrielides, the roundtable was held under the auspices of House president Annita Demetriou who noted that gender identity issues have not featured adequately in public dialogue here.

Zannettou said the most important article in the bill was article three which recognises the right of every individual to recognition of their identity based on how they determine their gender without a precondition for irreversible gender redefinition surgery or other medical, psychiatric, or psychological procedures.

Article four safeguards the right of a Cypriot citizen who considers there is a disconnect between their gender identity and their recorded gender in their ID documents, to submit a written application asking that their gender identity that corresponds to their own expression be recognised and the relevant documents to be issued.

Underage individuals have the right to gender identity with the participation of the court and after scientific advice she added.

Other articles regulate the issuing of new documents and certificates with the updated recorded gender, name, and surname so as to reflect the new gender. Public officials are bound by confidentiality.

Thirty Council of Europe states have adopted a legal framework, and Cyprus is among four who are in the process of revising or presenting a new law together with Spain, Lithuania and North Macedonia, Eleni Tsetsekou of the Council of Europe told the discussion.

She said that it has been 29 years since the European Court of Human Rights ruled for the first time that the refusal of the state to allow a trans person to change their identity on official documents was a violation of the European Convention of Human Rights. Yet trans people all over Europe are struggling for legal recognition of their gender, she said.

Gavrielides said the bill was possibly the best result under the circumstances, without this meaning that this is where the issue ends. He said that discrimination based on sexual orientation or gender identity was rife in Cyprus and trans people faced discrimination on a daily basis. One in five trans or intersex people have experienced physical or sexual assault in the past five years, he added.

In the absence of the law on gender identity, the procedure to change to name and gender on official documents became possible in 2019 under rules issued by the population department to district offices changing the procedure to obtain travel documents.

The roundtable also heard from Al Davidian, a member of the Trans community, who described what it like growing up as a trans individual in Cyprus at the end of the 1980s and in the 1990s.

“That period, there was no one word for everything I felt or to describe the shame I experienced every day, as regards by internal truth. My male identity. On the contrary, people hardly used the word gay in polite society,” he said.

Not much has changed, school yards and our daily contacts as adults in Cyprus continue to be full of insults, he added.

All changed for him at university when he heard the word transexual in a conversation. It took 20 years to reach the point he is today, and the biggest obstacle of all was to change his legal documents to reflect his gender identity.

“After a huge struggle, I was allowed to change my name and gender at the end of 2015. My new life as a man started in 2016 and I have never looked back.”