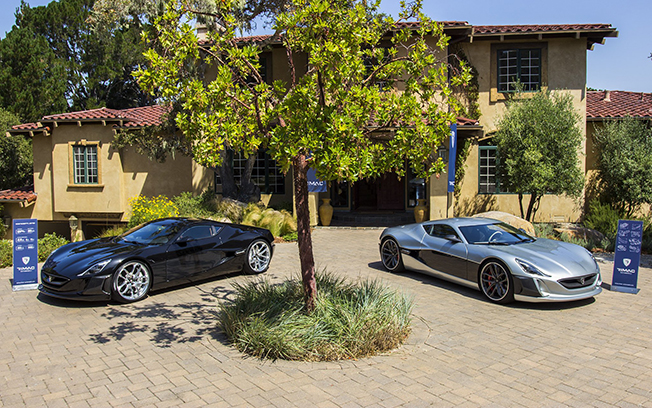 According to Eurostat’s data browser, Cyprus’ real per capita GDP in 2020 was €23.050, which is about 87 per cent of the EU-27 average. One could be forgiven for thinking that with so much conspicuous consumption on display (everything from luxury cars to high-end villas and apartments), perhaps the GDP data are not reporting the full picture. Arguments about relative prices and income tax rates cannot explain some of the consumption patterns that are clearly inconsistent with official income data. As with most countries, there is some undeclared income that is not being captured by the data.

Ministries of finance across the globe are, for obvious reasons, interested in knowing the size of the undeclared income and often attempt to measure it. There is also a large academic literature devoted to the topic. But what exactly is being measured and are these measures reliable?

There are at least 30 terms used by researchers, policymakers, and the media to describe a variety of activities, both legal and non-legal, that are kept hidden for reasons such as tax evasion. These terms include black, cash, clandestine, corrupt, covert, dual, grey, hidden, illegal, illegitimate, informal, invisible, irregular, moonlight, parallel, shadow, underground… you get the picture. Unfortunately, researchers don’t always stipulate what they mean by these terms. This may seem trivial—after all if it looks like a duck and walks like a duck. Who cares if it’s a yellow or black duck, or whether the duck has a large or small beak. But from the perspective of the policymaker terminology should be of importance. A ‘black’ or ‘underground’ economy implies nefarious activities (which should be banned) whereas a ‘cash’ or ‘unrecorded’ economy implies something far less sinister.

Many of the aforementioned terms imply a clear dichotomy between formal and informal activities but in practice, there are strong linkages between the two, hence we find it more helpful to use the terms ‘informal’ or ‘grey’. These terms cover a large variety of activities such as tax avoidance (legal), tax evasion (illegal), petty unreported production, money laundering, unreported immigrant labour services, etc.1

So once policymakers (and academics) make it clear what they are referring to when they use their preferred terminology, the measurement begins. And so, do the complications.

Georgiou (2007, 2011) identifies 14 different methodologies which vary in their level of sophistication and data requirements. Such methodologies include tax audits, monetary, income and expenditure measures, latent variable models, the measurement of discrepancies in electricity consumption, etc. Space precludes a detailed discussion of the problems associated with these methodologies, suffice to say that some of them use questionable assumptions, others rely on unreliable data and some, especially those reliant on econometric estimations, are subject to the usual problems of measurement error, sample bias, over-sensitive estimation periods, unrepresentative proxy variables, etc.2.

These technical difficulties have resulted in estimates which can, euphemistically, be described as ‘interesting’. Now imagine you are a minister of finance and one of your civil servants tells you that there is a serious problem with the informal, black, underground or hidden economy (it depends on which academic papers he’s been reading) and something needs to be done. The minister, naturally, asks: ‘how serious is it?’ The earnest civil servant replies: ‘between 3 per cent and 25 per cent of GDP’. It’s at this stage that the minister can be heard shouting: ‘where is Sir Humphrey when you need him’.

A good illustration of the complete uselessness of such wide-ranging estimates comes from Canada. Between 1981 and 1993, four researchers–call them A,B,C and D–estimated the size of Canada’s ‘underground’ (their term) economy using different money demand approaches. Four of the estimates were undertaken jointly by A and B, three by D, A and B, two by A and one by C. Each study was for a specific year, and in some cases more than one estimate was provided for the same year. The range of values was between 4.9 per cent and 27.5 per cent of GDP. Is it any wonder that Tanzi (1999), a respected researcher in the field, stated “These ranges do not give one great confidence in the estimations and leave one confused as to what to do with them”.

Canada is not an outlier. One estimate for the UK using the consumer estimation single equation method came up with a figure of 5.5 per cent for 1982. A later study using the consumer expenditure demand system method estimated it to be 10.6 per cent for 1989. Thus, according to these estimates, in the space of only 7 years, the informal economy in the UK doubled in percentage terms. In 2006, estimates for 14 selected Asian countries for the period 1994/95 using a MIMIC model averaged 25.6 per cent. The highest was 48.3 per cent for Thailand and the lowest was 10.6 per cent for Japan. Even taking into account economic and cultural differences between the sample group one cannot help but raise an eyebrow.

After 60 years of research on the size of the informal economy, what have we learnt or, more correctly, what are the lessons we should have learnt but maybe we aren’t quite there yet?

First, there is no consensus on what the appropriate terminology is and, more importantly, on what is to be measured. This lack of consensus is reflected in the large and varied methodologies and estimates. This has obvious policy implications. An informal economy that accounts for only 3 per cent of GDP will require very different policies to one that is equivalent to 25 per cent of GDP.

Second, irrespective of the sophistication of some estimates ultimately, they are guesstimates. This in itself is not a criticism. It only becomes so when these guesstimates are presented as something that policymakers are expected to trust and act accordingly. Perhaps researchers should show more humility.

Third, bearing in mind the limitations of these estimates (or guesstimates) economists and policymakers would be advised to adopt a multidisciplinary approach. Collaborating with criminologists, sociologists, legal experts and even accountants may enable policymakers to understand the motivations and modus operandi of the agents involved. Obsession with estimating a number “has led economists into a blind alley in which the question of size has become an end in itself….No genuine policy conclusions emerge from the exercise…”

Finally, if you simply can’t resist estimating then, at the very least, you should use three completely different methodologies. If the range of estimates is small, it might be worth pursuing further. If the range is large, then you have two choices: press the delete button and try again or estimate something else.