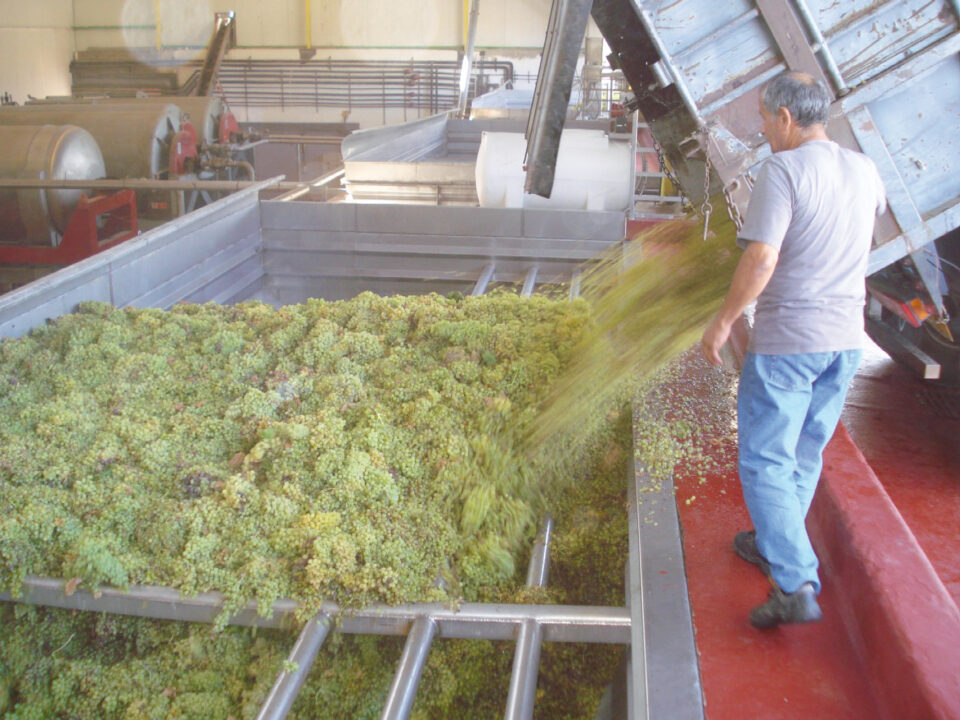 After a disastrous last year, a return of tourists, a good grape harvest and government support schemes have combined to improve the outlook for the island’s wineries. Yet not all have benefitted equally and serious challenges remain.

The practice of EU-supported ‘green harvesting’, for example, has led to a shortage of the indigenous Xinisteri grape, Cyprus’ main white wine variety.

Sodap’s Kamanterena winery in Stroumpi, which is a cooperative, is already half full with a glut of wine left over from a poor tourist season but varieties, such as the much in demand Xinisteri, have proved harder to come by than in previous years, according to chief wine maker, Stephanos Stephanou.

Under the EU’s wine support programme, wine-producing member states like Cyprus may currently offer financial support for a number of measures, including green harvesting – the process of removing extra grape bunches from a vine when young to ensure there isn’t a surplus of excess grapes. However, it seems to have backfired this year.

“The green harvest supported by the government can be beneficial in many ways but should apply to some grapes and not all,” Stephanou said. “Some varieties that are needed and popular, such as Xinisteri, were part of the procedure and it meant there have been far fewer this year.”

Xinisteri has been cultivated for generations in Cyprus but has only recently been used to produce premium wines. It produces excellent light-coloured white wines and, along with Mavro, is also used for making Commandaria wine, he said.

Another wine-linked support scheme also has its downside.

In September, the European Commission approved a €900,000 Cypriot scheme to support wine producers due to the coronavirus outbreak.

The aid will take the form of direct grants to help beneficiaries managing their wine stocks, which generally increased by around 50 per cent due to the restrictions in place to limit the spread of the virus.

The public support will cover part of the costs linked to the management of stocks and compensate wine producers for part of the loss of the value of wine due to a loss of quality.

The aid will not exceed €1.8 million per beneficiary; and will be granted no later than December 31, 2021.

The problem, however, is that in practice this support will only benefit a handful of larger wineries, Yiannis Kyriakides, of Vasilikon winery in Kathikas, told the Cyprus Mail this week.

Like many other wineries, Vasilikon suffered a huge blow during the height of the pandemic, as it was forced to close to the public. The only help they received, along with most other wineries, was a support scheme for staff that were forced to stay at home.

“We haven’t received any help at all from the state. Although there is a support scheme for wineries that has been approved, it doesn’t apply to us or other smaller wineries like us, it’s only for those that have half a million kilos and up of grapes,” he said.

The scheme only applies to companies such as Loel, Sodap and Keo, he said.

However, Kyriakides said financial support is not always the answer and the government could examine other long-term ways to help the industry.

“They could help to promote local wines and grape varieties such as Xinisteri, both abroad and at home in Cyprus. This would be at least some help from them, it doesn’t always have to be financial,” he said.

Even so, the situation is a vast improvement from last year. As restrictions due to the global pandemic are gradually lifted, more visitors are arriving in Cyprus and choosing to visit the island’s wineries, he said.

“For September, and so far into October, the numbers of visitors to our winery is in line with what we were seeing in 2019. More or less, all of the visitors are tourists and it’s good to welcome them back.”

The Akamas Laona located winery is family owned and was established in 1993, making it one of the first local wineries on the island.

“This year was a very good harvest for grapes and as usual, our new wines will come out some weeks after Christmas, probably February,” he said.

Vasilikon has a restaurant which is open to the public, and its venue hosts wine tastings and other events such as weddings. Revenue from this outlet was all but wiped out until recently.

Sodap’s Kamanterna winery is also dependent on tourism, as most if its sales are usually in hotels, tavernas and restaurants.

“It was known that a lot of wine was not sold due to the pandemic, along with a lack of tourists and venues being closed, which is why the measures of green harvesting were taken,” Stephanou said.

More than 4 million litres of unsold wine are currently in store at the winery.

However, Kamanterena is looking at new ways to extend its market and is now cooperating with the BarKan winery in Israel, making kosher wine for the local market. Kosher wine is made by rabbis, he explained.

Interpretations of kosher wine may vary, but essentially to qualify as ‘kosher’, only practising Jewish staff should handle the wine in all areas, from crushing the grapes through to tasting and bottling.

“This is a different area for us and helping us at the moment and the grape growers too.”