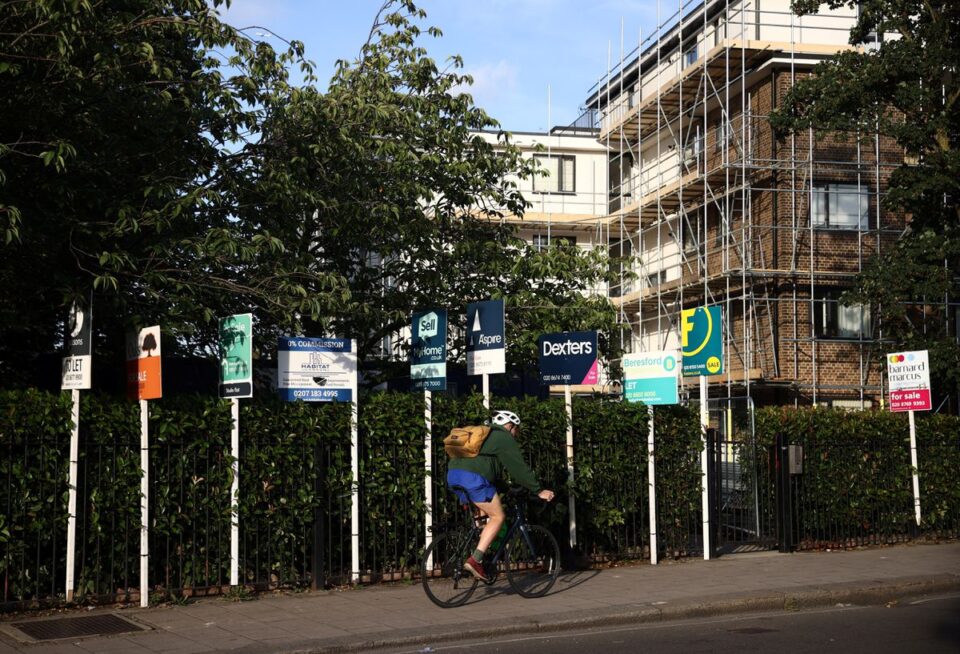 Asking prices across all regions and segments of Britain’s housing market rose in unison for the first time since 2007 as buyer demand once again outstripped homes coming onto the market, a survey showed on Monday.

Real estate website Rightmove reported price rises for homes typically sought by first- and second-time buyers and for bigger properties with five bedrooms or more in all regions in its survey which covered the period between Sept. 12 and Oct. 9.

The number of prospective buyers per property more than doubled compared with pre-pandemic levels.

“The stock shortages started after the first lockdown and they look set to continue with the underlying housing market fundamentals remaining strong, and an additional incentive to buy and fix your mortgage interest rate before a widely expected rate rise,” Tim Bannister, Rightmove’s director of property data, said.

The Bank of England is expected to raise interest rates for the first time since the start of the pandemic either later this year or early in 2022.

The survey chimed with other signs that the housing market has remained strong despite the gradual withdrawal of a temporary tax break on property purchases.

Finance minister Rishi Sunak cut stamp duty, a tax on house purchases, in July 2020 as part of his emergency measures to help the economy withstand the pandemic.

In July it started to return to its normal level and the tax break fully expired last month.

Another driver of the housing market has been demand for more space for increased working from home, a factor which has led to big price rises in other countries too.

Asking prices rose in monthly terms by the most in Wales and the north west of England, up by 2.3 per cent, and by the least in the east of England, rising by 0.1 per cent.