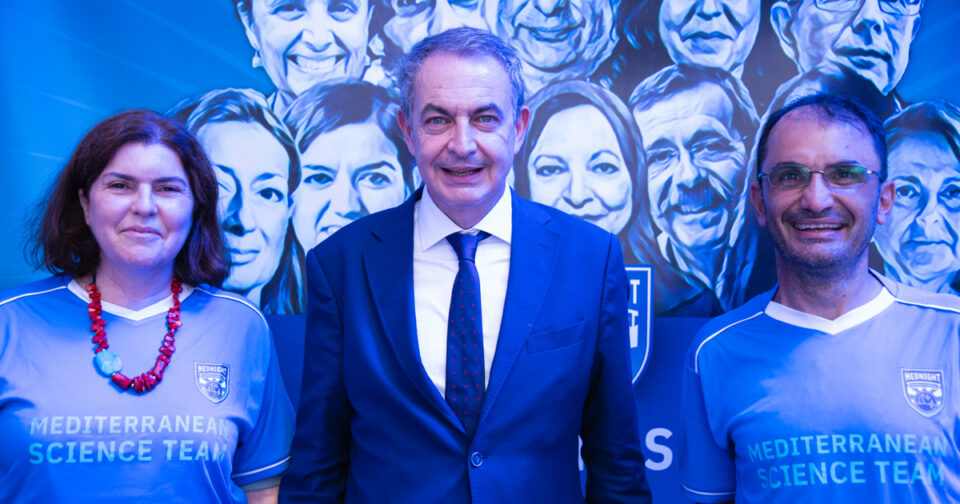 A Cypriot biologist was honoured during Mediterranean researchers’ night last month for her work on the flora and fauna of the green line in Cyprus.

Dr Iris Charalambidou, associate professor in the department of life and health sciences at the University of Nicosia was among the 11 scientists from the Mediterranean basin who were honoured on September 24 at the Mednight gala, held in Alicante, at Casa Mediterráneo, a subsidiary of the Spanish foreign ministry.

Charalambidou, together with professor Salih Gücel from the Near East University’s institute of environmental sciences, conducted a pioneering study that showed the green line’s flourishing flora and fauna which have multiplied relatively undisturbed by human activity.

The gala, attended by over 100 notable figures in the world of science and politics who showed their support for the pioneering Mednight programme, was promoted with funds from the European Commission as part of the Marie Sklodowska-Curie actions and coordinated by the Alicante-based company El caleidoscopio.

The guest of honour at the ceremony was former president of Spain, José Luis Rodríguez Zapatero, founder of Casa Mediterráneo. In his speech, President Zapatero applauded the initiative, which “makes us love science, which is the only faith I profess, which can be universal, embraced in the East and West, in any culture, embraced by all civilisations […] nothing can bring us closer to a single humanity than science and knowledge”.

During the gala, each honoree received a football jersey with the Mednight coat of arms, signifying their belonging to a pioneering team in the league of science. To symbolise a (football) team, 11 scientists were purposefully chosen, representing the nine countries of the Mediterranean basin: Spain, Greece, Cyprus, Turkey, Egypt, Lebanon, Tunisia, France, and Italy.

Learning to read starts earlier than you might think: five tips from an expert

Workshops for girls seek to narrow gender gap in sciences

Local university to introduce NFTs and the Metaverse