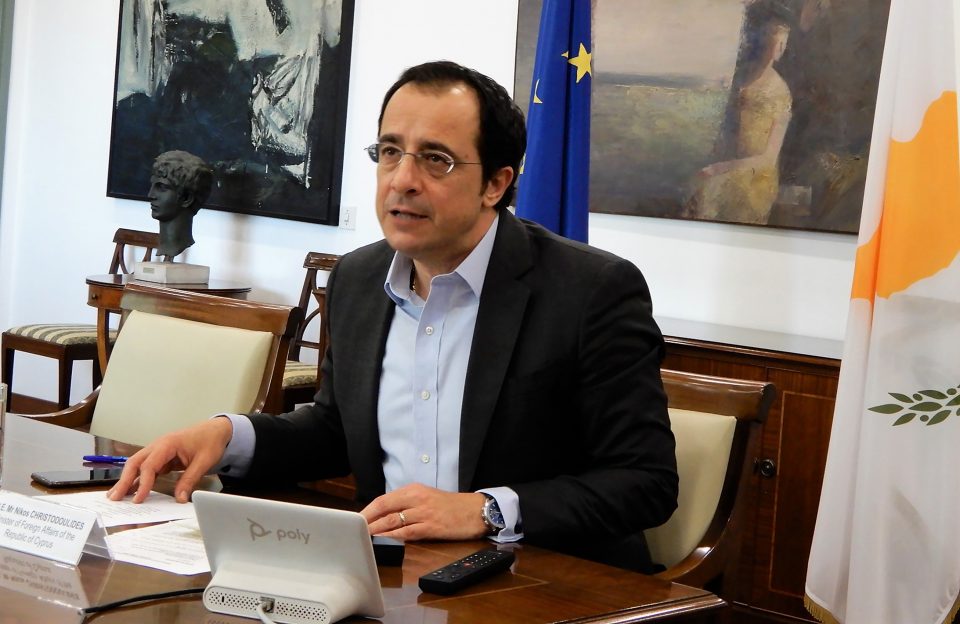 Foreign Minister Nikos Christodoulides leaves today from Budapest for Moscow where he is due to meet his Russian counterpart Sergey Lavrov, following an invite from the latter.

Both at their tête-à-tête meeting at the Russian ministry of foreign affairs, as well as during the subsequent consultations with the participation of official delegations from the foreign ministries of the two countries, Christodoulides and Lavrov will review bilateral relations, an announcement from the Cyprus foreign ministry said.

They will also discuss the Cyprus issue and the prospects for resumption of negotiations, the escalation of Turkish provocative activities as manifested in the fenced area of Famagusta and in the EEZ of Cyprus, the current situation in EU-Russia relations, with the existing prospects and challenges, as well as regional and international issues of common interest.

At the end of the consultations, the two ministers will sign in a special ceremony the Strategic Framework for Cooperation between the Republic of Cyprus and the Russian Federation for the years 2022 – 2024, as well as the Agreement for Cooperation for Humanitarian Operations in Crisis Management Situations.

Afterwards, they will make statements to the press representatives followed by a working luncheon hosted by Lavrov for the Cypriot delegation.