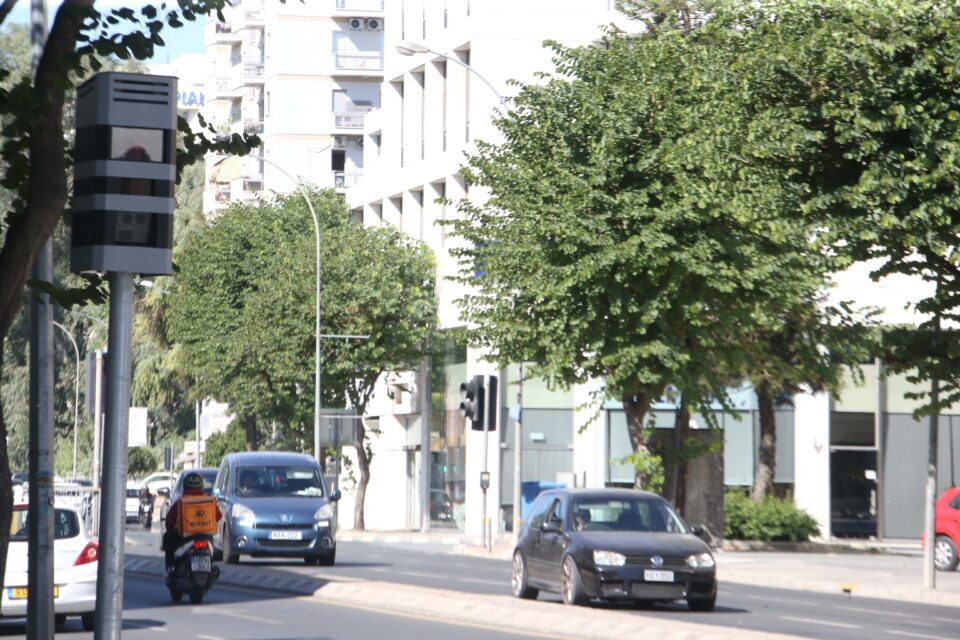 Newly installed traffic cameras recorded about 500 violations in just two hours at a busy junction in central Nicosia, prompting the transport ministry to delay the rollout of fines.

There are concerns from some that the delay implies that the government is still not fully prepared for implementation to go ahead, with the bills not yet finalised and as a sticking point remains over car rentals.

The initial phase of the new pilot programme inaugurating the eight traffic cameras – four fixed and four mobile – was set to operate until the end of November, only issuing warnings instead of fines, but will now run until the end of the year.

It may seem counterintuitive that a high number of violations being recorded will lead to a longer period without fines but it has been reasoned that the public may need more time to familiarise themselves with the new system.

Many complained that they were unaware of what will be considered a traffic violation, such as crossing the line at the traffic lights while the light is still red (and therefore making it difficult for pedestrians to cross).

It was noted that from October 25 until January 1, 2022, traffic violations recorded by the cameras will instead only lead to a written warning which will be sent to the driver’s home address. The pilot programme has been billed as a period for the company to iron out any kinks and for drivers to acquaint themselves to the new rules.

A former advisor to the justice ministry on road safety matters expressed his dismay at the delay, saying that December is typically one of the deadliest months as regards road fatalities.

“Many young students return from abroad, there is a lot of drinking and drunk driving on the roads, last year we had nine or so deaths during December – is it really worth the delay?” he told the Cyprus Mail.

It is worth noting however that parliament has still not fully ratified the bills which are set to give the green light for the traffic cameras, with a final vote expected next Friday.

It was reported that the car rentals association has expressed its opposition to the billed legislation as it will shift the burden to the companies should a customer fail to pay a traffic fine recorded by the cameras.

Deputy head of the car rentals association Christakis Petsas told the Cyprus Mail that it is not their duty to chase down tourists who may have racked up fines and to act as police officers.

“We’re not in a position to start blocking credit cards, we’re not going to take on the duties of the state in handling fines potentially months after the incident may have occurred,” Petsas told us.

He detailed other issues of concern to the association, such as many tourists not using credit cards to pay for their rental vehicles and potential police requests for personal information leading to lengthy procedures.

Petsas also wondered why it is not possible for the fines to be collected at the airports.

Highlighting the difficulty in collecting fines, he referenced a recent report by the Audit Office that the state is owed tens of millions in unexecuted fine warrants.

“If they can’t collect these fines from MPs, politically exposed persons (PEPs) and the like, then what chance do we have to collect them from tourists abroad?” Petsas told us.

Haris Evripides of the traffic department told local media that more time has also been given to the public so that an information campaign can get underway, to make sure that people are not caught unawares.

He clarified some confusion over who is responsible for the fine: in the first instance, the fine will be sent to the owner of the car but should a second person – such as a spouse or relative – have committed the offence then it is up to the owner to inform the authorities. Those involved have 15 days to file the notice. Should there be a dispute between the owner and the second person then both are responsible.

Cameras will report speeding, running a red light and crossing a stop line. Once these are detected, other offences such as use of a mobile phone while driving, drivers not wearing a seat belt or bikers not wearing a helmet can also be reviewed.

The current plan for the traffic cameras is for 90 fixed cameras at 30 traffic blackspots islandwide and another 20 mobile cameras for speeding for which police will decide the location and hours of operation on a daily basis.