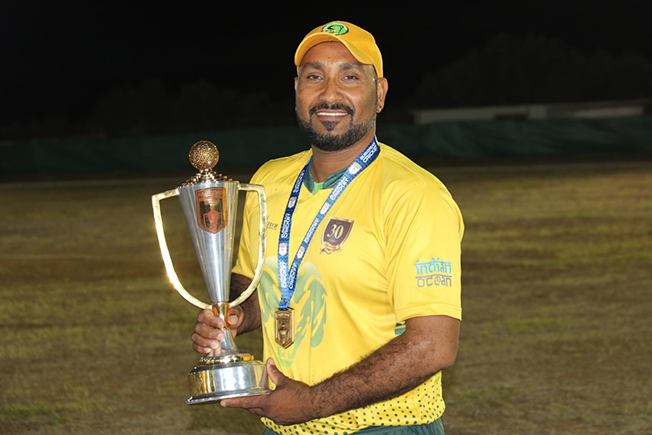 After the heady excitement of the international matches last week, it was back to the domestic 2021 #BAOFINANCIAL T20 Cup for the local cricketers.

Not that the competition was dull, as the competition had reached the semi-final stage, where the two teams which had performed best in each group clashed with their rivals from the other group.

The matches went true to form, as the respective group winners both beat the runners-up from the other group, resulting in a highly-anticipated final between Punjab Lions and Cyprus Moufflons.
In the first game the Nicosia-based Punjab Lions beat the Sri Lanka Lions from Limassol by 32 runs.

The Sri Lankan team made a good start, with three wickets for Ruwan Munawasingha and two for Suman Kumara. Punjab Lions were rescued by a typical innings of 87 from Kulwinder Singh, and despite a couple of late wickets for Kamal Raiz, the final total was a very challenging 209.

Openers Tharanga Pathirana and Chamal Sadun got the Sri Lanka Lions off to a good start, each passing 40, but after they were out the rest of the batting failed. Skipper Neeraj Tiwari captured three wickets, and despite a bit of resistance from Ruwan and Kamal Raiz, the required run rate was too much and the innings ended on 177 for 7.

The second semi-final resulted in a 44-run win for Cyprus Moufflons over Nicosia rivals Black Caps. The match was dominated by three players – all on the Moufflons side, although an honourable mention should be made of Resham Singh (‘Pintu’) who hit 58 in a losing cause for the Black Caps.

Firstly Mehran Khan hit 116, his second century of the season, to set Moufflons on their way to a formidable 230 for 5 in their 20 overs. In doing so, he took his total runs for the season to 440, with one game still to play. He received excellent support from Zeeshan Sarwar who scored 73, before taking a catch and two stumpings behind the stumps. He too has had a superb season, with 234 runs and 10 victims in the field.

Finally there was Lakhwinder Singh. Many feared his best cricketing days were behind him when he suffered a horrific accident a few years ago. But he has fought his way back, never losing his infectious smile, and has not lost his ability to swing the ball. Here he bowled a decisive spell of 5 for 16 in his four overs, to ensure the Caps could not threaten Moufflons’ score.
An intriguing final awaits in a few weeks’ time.

Meanwhile, the next competition will start straight away, as the island’s cricketers look to make up for the lost time caused by the pandemic. The autumn/winter T20 league will be played on Sundays at the Ypsonas cricket ground, where many more exciting games can be expected.