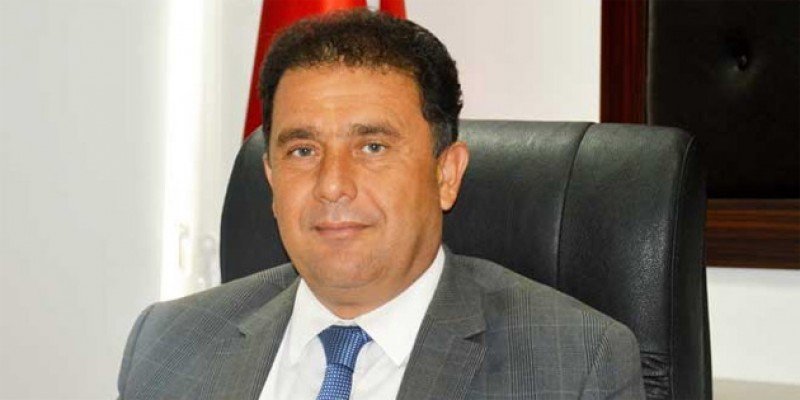 Initially, the video was not openly circulating on social media but was widely shared through private accounts.

By lunchtime Wednesday it was readily available, however. It appears to show Saner engaging in online sex with a woman said to be in her twenties who appears to be putting on a striptease act in front of a camera.

Saner, who had been planning to continue in politics after early elections, possibly in December, also had to resign his party chairmanship. The UBP was to hold an emergency meeting later Wednesday to appoint a new party leader and replacement ‘prime minister’.

In a written statement on Wednesday afternoon, Saner spoke of a conspiracy against him and said the video was the product of editing from a mobile phone that had been bought on the Greek Cypriot side, and the whole exercise was designed to discredit him. There was also underworld involvement, he said.

Turkish Cypriot press reports earlier had suggested that the video had been released by a Turkish mafia leader.

In his written statement following his resignation, Saner said he has been serving the Turkish Cypriot people for 20 years through the UBP.

“I have always considered it my duty to protect the peace, unity and solidarity of my family, our party, our people and their interests,” he added.

His plan was to re-run as party leader during the congress on October 30-31 but just ten days beforehand the video was released recorded on “a phone from southern Cyprus”.

Saner said that rumours had been circulating for months that something negative would happen but he did not think his enemies “would sink to such a low level to harm his office, his family and his party”.

“I was the target of very bad defamation with this video, which is a product of processing with the maximum use of technology. It is clear that someone wants to prevent me from serving my beloved country, my party, but they do this not through political means but through open attacks. There is a conspiracy designed entirely for this purpose,” he said.

In fact, there were indications, he added, that there was cooperation with the underworld. “It’s not just me. I, my family, my party and our political institutions were attacked. That is why we continue to assess the situation with our legal advisers,” he said.

The existence of the video was first reported Tuesday night on Twitter by Turkish journalist Erk Adziarer, who also refers to a businessman in the north who allegedly possessed the video, which then allegedly fell into the hands of Turkish mafia boss, Sedat Peker.

Peker, according to reports, has long been publicising evidence against Turkish minsters and has previously referred to cases involving illegal activities in the north.

Turkish Cypriot newspaper Kibris reported that in the wake of the video, Saner decided to withdraw from politics altogether.

It reported that Nazım Çavuşoğlu or Ünal Üstel would act proxy ‘prime minister’ and that the UBP would determine a new road map for early elections.

“The video leaked to social media caused an earthquake both in the party and in the country,” the paper said, adding that it had put Saner under great pressure t5o resign and to take leave to avoid a crisis.

“Even the people closest to Saner emphasised that his on retaining the chairmanship after the video incident in question would injure the UBP and cause irreversible damage,” it added.

Last week the north’s coalition ‘government’ offered its resignation to Turkish Cypriot leader Ersin Tatar after it lost its majority in ‘parliament’, as Saner called for an early election.

Saner said the resignation of from the ‘government’, formed last year, came after the three-party coalition lost its majority and he said an early election should be held as soon as possible.

The three parties in ‘government’ were the UBP, the Republican Party (DP) and the Renaissance Party (YDP) formed after Tatar ousted Mustafa Akinci in elections last October.

The coalition, with the support of 25 ‘MPs’ lasted 10 months.