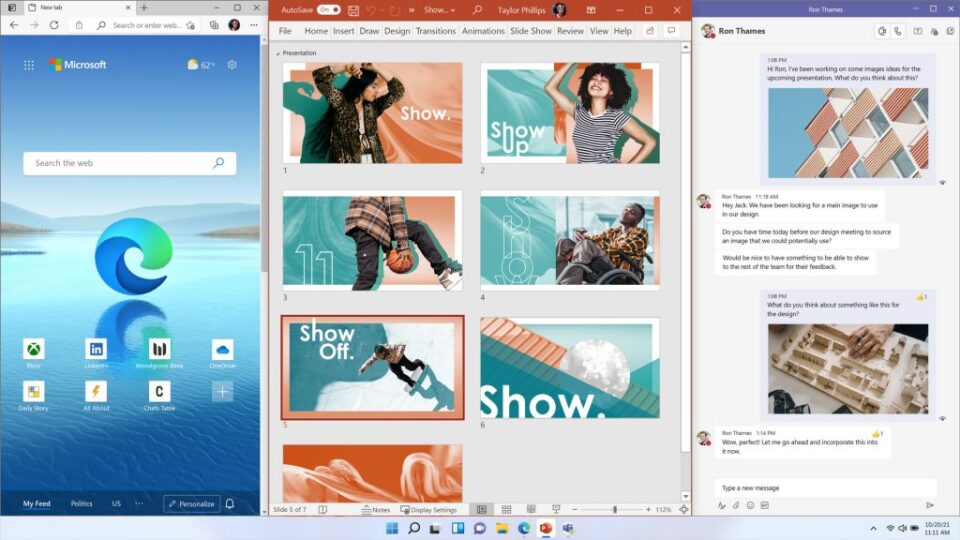 Panos Panay, the Cypriot American Chief Product Officer at Microsoft, does not mince words when it comes to the Windows operating system.

“Windows is a driving force for innovation, an enduring platform for each one of us to create,” the man generally thought of as the father of the Surface line products wrote earlier this month.

Panay’s words of praise came during the launch of Windows 11, Microsoft’s latest version of the world’s most popular desktop operating system.

Despite the operating system’s recent launch, there has not been a lot of fanfare to go along with it.

One reason for this has been the phased rollout that Microsoft has opted for. Microsoft has prioritised quality over speed, saying that newer devices will be offered the free upgrade through the Windows Update first.

“The upgrade will then roll out over time to in-market devices based on intelligence models that consider hardware eligibility, reliability metrics, age of device and other factors that impact the upgrade experience,” the company has said.

Microsoft specified that it estimates that all eligible devices will receive the upgrade to Windows 11 by the middle of next year.

People who wish to expedite this process and force the update can download and install Microsoft’s PC Health Check app. This will verify that your machine is eligible for Windows 11.

Microsoft drew complaints from a number of users during the summer when it first unveiled the minimum specification requirements for Windows 11, which were much higher than with previous iterations of the operating system.

An example of this is that Windows 11 requires a TPM 2.0 (Trusted Program Module) installed on the motherboard, something which a fair number of devices do not currently have.

Moreover, Microsoft also requires that the processor be fairly high-end and recently released.

“We are confident that devices running on Intel 8th generation processors and AMD Zen 2 as well as the Qualcomm 7 and 8 Series will meet our principles around security and reliability and minimum system requirements for Windows 11,” Microsoft had explained in a blog entry.

That being said, Microsoft suffered two minor embarrassments recently, when the requirement validation process precluded Surface Studio 2 users from upgrading to Windows 11, despite the fact that the company still currently sells the device.

Furthermore, someone also managed to install Windows 11 on a device running an Intel Pentium 4 processor, a single-core chip first launched in 2006.

The reason for this was that Microsoft neglected to include Intel Family 15 units in the list of processors that are not supported for Windows 11.

Another reason why the launch of Windows 11 has been rather underwhelming is that the new operating system is more of a case of evolution rather than revolution.

As we mentioned back in the summer, the most notable changes can be observed in the taskbar, where Microsoft has moved away from aligning the icons from left to right to centering them in the middle of the bar.

The Start button has also moved alongside the aforementioned icons. That being said, users who prefer the original left-aligned Start button and taskbar can still move them back if they wish to.

In addition, another reason why many users are not in any rush to install Windows 11 is that not all of its promised features are currently available, with most of them being scheduled for release in the coming months.

“Almost none of Windows 11’s promised big features are actually included right now, and no matter how promising a new version of Windows is, some launch day issues are inevitable,” PC Gamer’s Wes Fenlon and Dave James explained.

“Right now Windows 11 is good, and it’ll be even better when its first meaty update arrives in a few months,” they added.