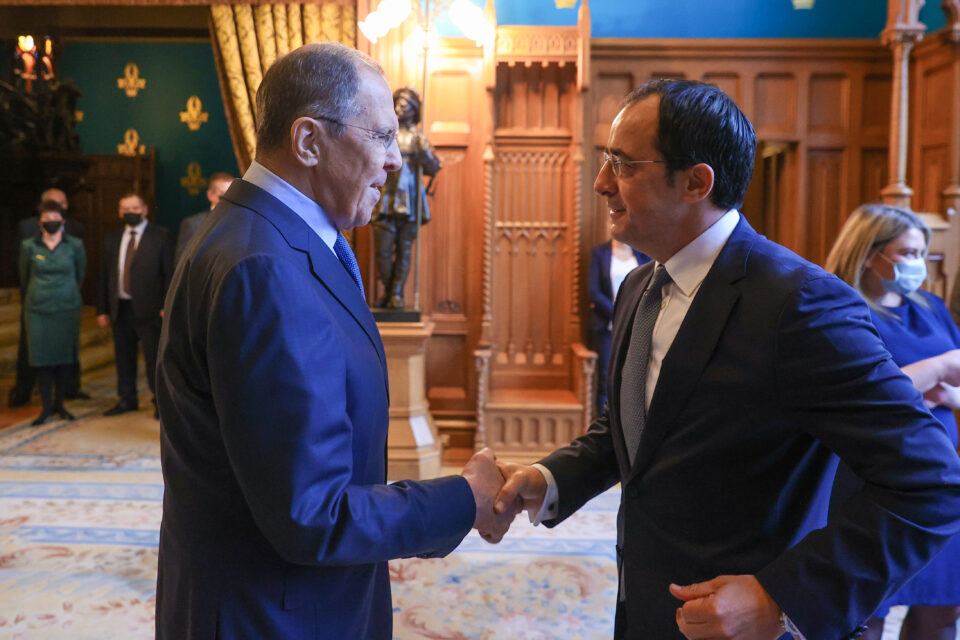 Cyprus and Russia on Thursday signed two agreements enhancing their cooperation in various fields, while Moscow called ‘unacceptable’ Turkey’s unilateral moves in Varosha as well any attempt to change the status quo on the ground.

The agreements were concluded in Moscow during a working visit there by Foreign Minister Nikos Christodoulides.

Two documents were signed. The first, the Strategic Framework for Cooperation between the Republic of Cyprus and the Russian Federation for the period 2022 – 2024, a renewal of the Joint Action Plan that was in force until recently, between the Governments of the two countries and sets out the objectives of our cooperation on a wide range of issues.

The second was an agreement between the two governments for Cooperation during Humanitarian Operations in the Event of Crisis Management Situations, which determines the way in which the two countries will cooperate in cases of crisis that will necessitate the evacuation of our citizens from third countries.

Speaking at a joint press conference later, Christodoulides said they held “a very constructive discussion and exchange of views on our bilateral relations, the management of the pandemic, international and regional issues, EU-Russia relations, and of course on the Cyprus issue and developments in the Eastern Mediterranean.”

Christodoulides said he briefed his Russian counterpart on Turkey’s “illegal and provocative actions of Turkey in the fenced area of ​​Varosha, which is in flagrant disregard of the relevant Security Council Resolutions.”

He also informed Lavrov on the situation in Cyprus’ exclusive economic zone and Turkey’s ongoing violations.

Thanking his host for the “very constructive and substantive discussions,” Christodoulides pointed out that this was his third visit to Moscow since he took office, “and I sincerely believe that its results reaffirm the strong and long-standing bonds of friendship between our peoples, as well as the high level of our bilateral relations.”

In his own remarks the Russian foreign minister said Moscow considers as “unacceptable and counter-productive” the unilateral steps taken in relation to the fenced area of Varosha in Famagusta.

Lavrov conveyed Russia’s support to efforts for a swift restart of reunification talks on the island.

“Moscow sees no alternative other than a speedy resumption of the process of bi-communal talks, which would allow for a restoration of an atmosphere of trust between Greek Cypriots and Turkish Cypriots,” the senior Russian official said.

According to Lavrov, the two governments reaffirmed that it is necessary for the UN Security Council’s permanent members to become engaged in discussions regarding the external aspects of a Cyprus settlement.

The chief Russian diplomat said also his government reiterated its view on replacing the existing, outdated system of guarantees for Cyprus with new guarantees through the UN Security Council.

In a written statement earlier in the day, the Russian foreign ministry stated it is not in favour of a revision of the model for a Cyprus solution, or a change in the negotiating framework.